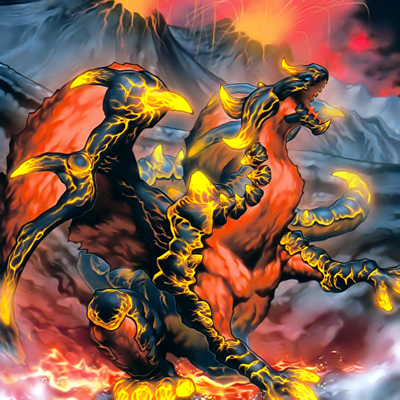 Powers and Abilities: Superhuman Physical Characteristics, Immortality (Type 4, Able to reincarnate as Burner, Dragon Ruler of Sparks), Large Size (Type 1), Resurrection, Flight, Fire Manipulation, Magma Manipulation, Absorption (Able to absorb the forces of fire and volcanoes, condensing the energy of said forces into pure energy to make him stronger and allow him to mature), Self-Destruction (Can self-destruct and release all the purified energy he has stored back into the environment)

Weaknesses: Reincarnating drains Blaster of all of his energy, leaving him significantly weakened

Retrieved from "https://vsbattles.fandom.com/wiki/Blaster,_Dragon_Ruler_of_Infernos?oldid=5539297"
Community content is available under CC-BY-SA unless otherwise noted.