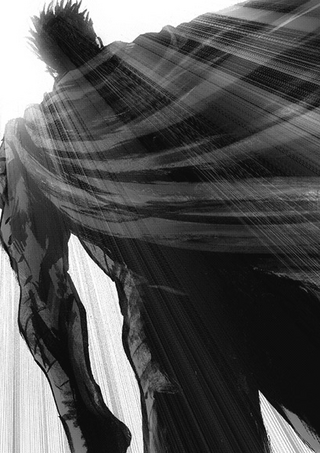 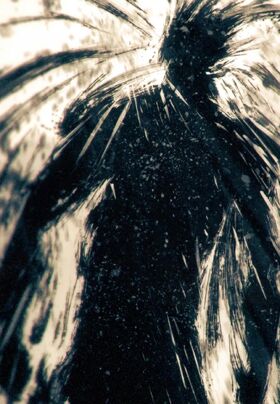 Blast (ブラスト, Burasuto) is the S-Class Rank 1 professional hero of the Hero Association. His current whereabouts are unknown, and only a few select Hero Association staff members have the means to communicate with him.

Powers and Abilities: Superhuman Physical Characteristics, Energy Projection (Is stated to be able to shoot beams out of his eyes), Social Influencing (Encouraged Tatsumaki to use her powers when in danger), Telekinesis (Stated to rule over psychic powers), Preparation and possibly Technology Manipulation (Stated to have the ability to command trillions of robots)

Attack Potency: Unknown (Being the highest ranked hero of the Hero Association, it can be presumed that Blast is a very powerful S-Class hero. Blast defeated the leader of the ninja village, who is regarded as the most powerful ninja to ever exist and stated capable of defeating Flashy Flash, Speed-o'-Sound Sonic and the rest of the Heavenly Ninja Party at once as if he were handling an infant. Was also said to have brought Elder Centipede to the brink of death. Fubuki hypothesizes that he could beat the rest of the S-Class all at once)

Weaknesses: None notable (Mostly because not enough is known about him.)

Retrieved from "https://vsbattles.fandom.com/wiki/Blast_(One-Punch_Man)?oldid=6338025"
Community content is available under CC-BY-SA unless otherwise noted.