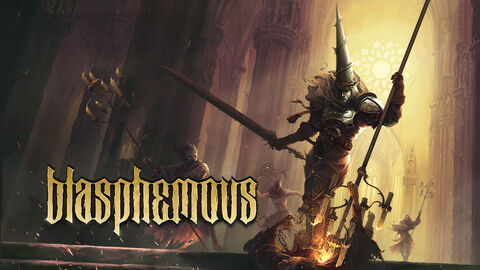 Blasphemous is a Metroidvania game developed by Spanish studio The Game Kitchen and published by Team17. It was released for Nintendo Switch, PC, PlayStation 4, and Xbox One on September 10th, 2019.

The game takes place in a land called Cvstodia, where an entity known as The Miracle had taken control over the land. Many Spanish cultural and religious themes are present in the game's setting. The art style is influenced by the locations, traditions, and culture, of Seville, Spain.

Brotherhood of the Silent Sorrow