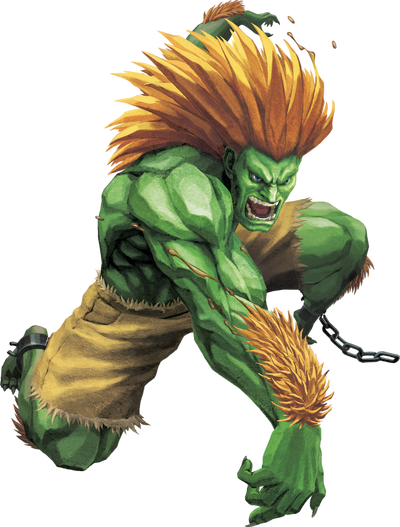 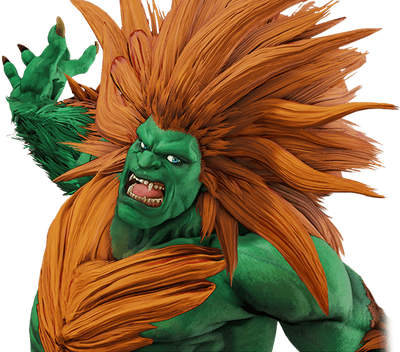 Blanka (ブランカ, Buranka), also known by his birth name Jimmy (ジミー Jimī), is a video game character from the Street Fighter series. Blanka's first appearance in the series was in Street Fighter II as part of the starting lineup.

Blanka is generally passive and docile, and is fond of family connections and friendships as well as children, as seen in the animated Street Fighter series. Yet, when angered, Blanka attacks like a wild animal let loose from a cage, ferociously attacking his opponents with predatorial rage.

Powers and Abilities: Superhuman Physical Characteristics, Can use electricity to attack his opponents, Expert at wrestling

Speed: At least Supersonic+ (Could keep up with Zangief)

Range: A couple metres; dozens of metres with electrical attacks.

Intelligence: Below Average (About as intelligent as a caveman)

Street Fighter 2 Blanka's Theme
Add a photo to this gallery