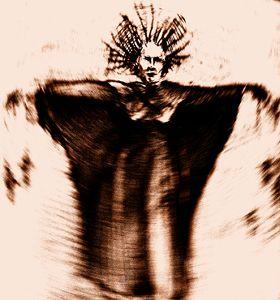 Tier: 9-B physically, at least 7-C with reality warping

Attack Potency: Wall level (Easily mutilated and killed full grown adults, can rip human heads off), at least Town level with reality warping (Has control over the town of Burkittsville and the large forest next to it)

Weaknesses: Some abilities are limited to her domain.

Retrieved from "https://vsbattles.fandom.com/wiki/Blair_Witch?oldid=5144900"
Community content is available under CC-BY-SA unless otherwise noted.