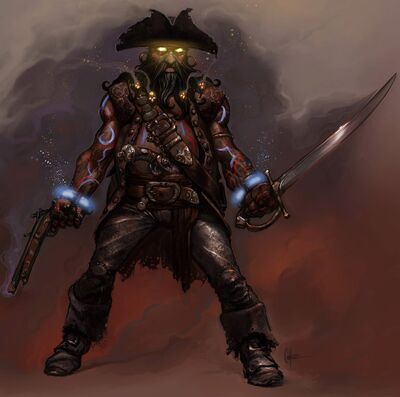 Intelligence: Above average (Was a very well known pirate captain when he was alive)