VS Battles Wiki
Register
Don't have an account?
Sign In
in: Characters, Movie Characters, Antiheroes,
and 25 more 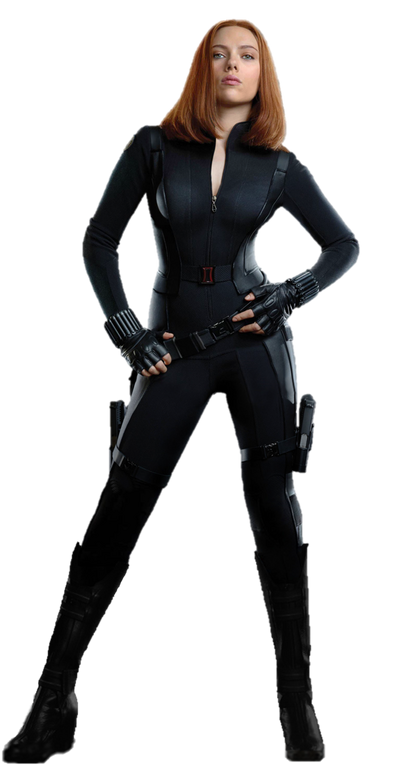 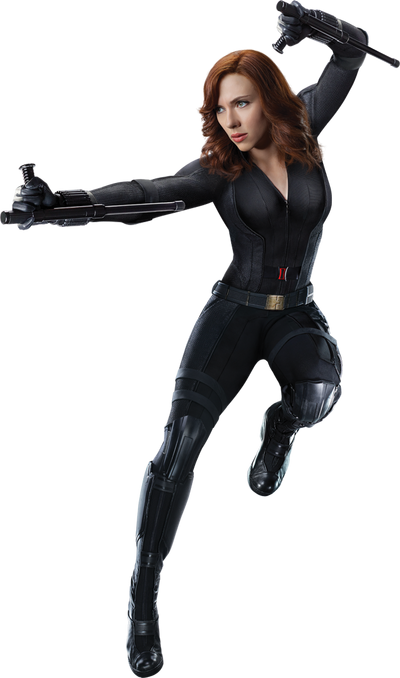 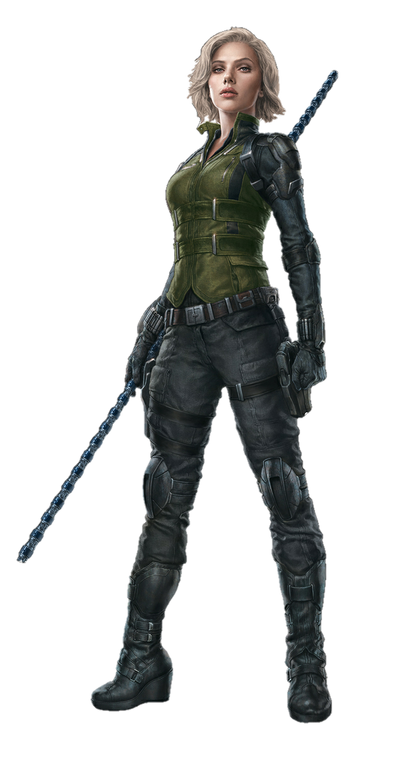 Natalia Alianovna "Natasha" Romanoff, better known as Black Widow, is one of the best spies and assassins in the world. Originally an agent of the Soviet agency for foreign intelligence, the KGB; she later became a member of S.H.I.E.L.D., the international counter-intelligence agency. Having extensive mastery in the martial arts and armed with her Widow's Bite, Black Widow was one of S.H.I.E.L.D.'s most talented agents. When Loki declared war on Earth, Black Widow joined the Avengers and has helped to defend against worldwide threats ever since.

Attack Potency: Wall level (Can break furniture. Cut a chain with her knife and kicked out a Chitauri, who can destroy cars by jumping on them. Kicked a HYDRA mech so hard that it broke the door of a car. Knocked out an armored soldier. Comparable to Hawkeye. Sent a soldier flying with a kick. Held her own against Crossbones for a while, but was completely overpowered by his strength after a brief struggle. Lifted and smacked Yelena into a cupboard so hard it broke. Briefly restrained the Winter Soldier). Higher with Widow's Bite (Can destroy Ultron Sentries) | Street level to Wall level (Her guns can one shot Ultron Sentries which are bulletproof. Her Widow's bite can send the likes of Hawkeye and Ant-Man flying). Higher via piercing damage.

Speed: Peak Human (Grabbed a falling vial despite of being more than six feet away from it) with Massively Hypersonic reactions and combat speed (Comparable to Hawkeye and can deflect his arrows. Dodged energy blasts from Ultron Sentries. Faster than Crossbones. Can easily blitz people and dodge bullets) | Subsonic to Supersonic+ attack speed (Uses a variety of weapons ranging from M203 Grenade Launcher to the M4 Carbine)

Lifting Strength: Class 5 (Restrained an Ultron Sentry, which can lift cars. Being a Black Widow, she should be comparable to Dottie Underwood)

Durability: Wall level (Took hits from Crossbones and the Winter Soldier. Withstood a casual slap from the Hulk. Tanked a high speed fall. Partially tanked the force of a grenade explosion. Was unharmed by Hawkeye's explosive arrow exploding near her. Was thrown hard enough by Scarlet Witch to dent metal. Took a bullet at her shoulder but was still able to move. Survived a fall from a building, crashing into multiple obstacles in the process, yet managed to land on her feet). Her suit since Captain America: Civil War is bulletproof

Intelligence: Gifted. She is skilled in multiple languages and an expert in espionage and martial arts. Can cheat lie detectors. Skilled in manipulating people

Key: Base | With Weaponry