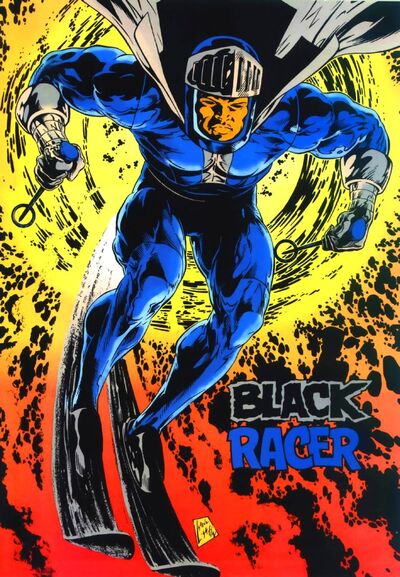 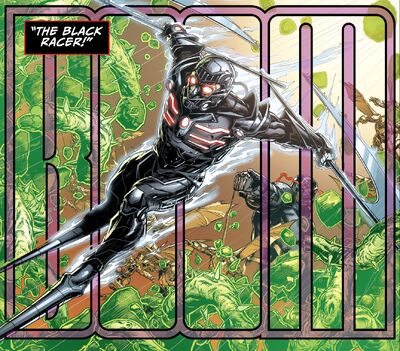 The Black Racer is a fictional character, a deity, and an avatar of Death in the DC Comics universe. In his original incarnation, he is an aspect of Death that comes to claim the souls of the New Gods that are close to death and bring them to the next existence. Recent incarnations have him acting more like an analog to the Black Flash, with Wally West even theorizing that they are one and the same.

Name: Black Racer, one of his avatars formerly went under the name of Willie Walker

Age: Unknown, presumably older than all the New Gods as an aspect of Death

Attack Potency: Low Complex Multiverse level (Regularly claims the souls of New Gods that have fallen. Brought death to Darkseid's true self during Final Crisis, disabling his final avatar) | Solar System level (Killed Darkseid, blasting a hole through him in the process)

Standard Equipment: Skis and ski poles. | His Scythe and the Anti-Life Equation

Weaknesses: Is bound by destiny and will change his course as destiny wills it. | Will disappear once he has claimed a target.

Note:  Before making any changes to this page, please read and follow the Power-scaling Rules for Marvel and DC Comics.