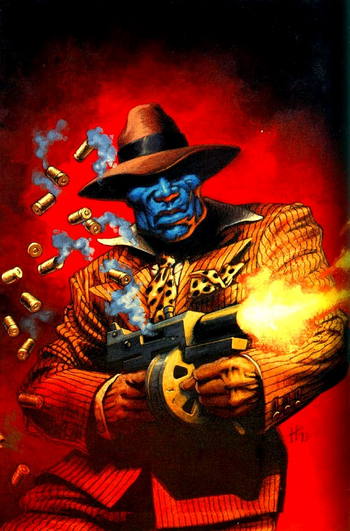 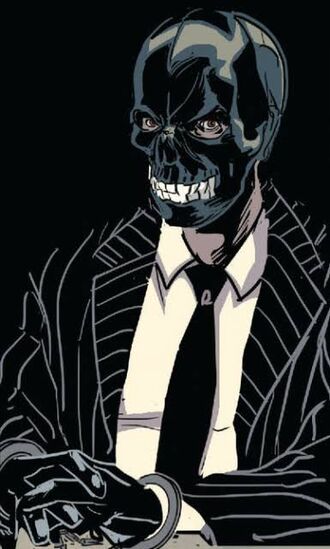 Raised in a wealthy home by neglectful parents, Roman Sionis exhibited psychopathic tendencies since childhood, however they emerged in full force when he murdered his own parents and took on the persona of "Black Mask." Now a ruthless crime boss most recognized by the black skull mask burned onto his head and his penchant for sadistic torture, Black Mask has proven himself to be one of Batman's most dangerous foes over years of encounters.

Attack Potency: Small Building level+ (Can trade hits with Batman and overpowers Spoiler and the Joker)

Lifting Strength: At least Above Average (Can lift adults with relative ease)

Stamina: High (Can remain in a fight despite taking severe damage)

Intelligence: Gifted (Is gifted in criminology and intimidation practices. Can manipulate a mob to become his followers, had complete control of the Gotham underworld on multiple occasions)

Retrieved from "https://vsbattles.fandom.com/wiki/Black_Mask_(Post-Crisis)?oldid=5756487"
Community content is available under CC-BY-SA unless otherwise noted.