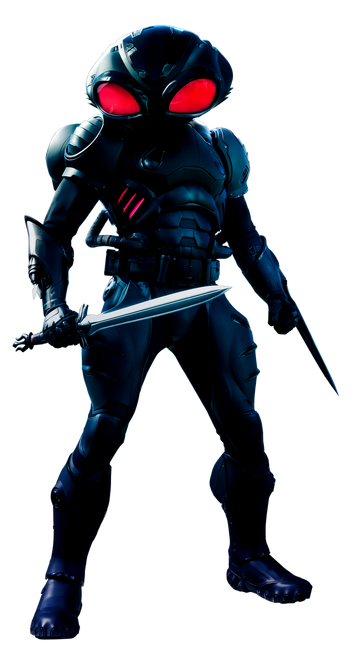 David Kane was the son of Jesse Kane, the leader of a pirate mercenary gang that stole an experimental navy ship and later hijacked a nuclear submarine. When Aquaman intervened and confronted the gang, resulting in Jesse's death, David swore revenge on Aquaman by crafting a suit out of Atlantean technology (given to David by fellow Aquaman enemy Ocean Master) to assist himself and become Black Manta.

Durability: Street level (Endured a number of attacks by a held-back Aquaman.) | Possibly Large Island level (Took Aquaman's attacks, survived a blast by his own optic lasers, which seared Aquaman's skin, exploding in his face)