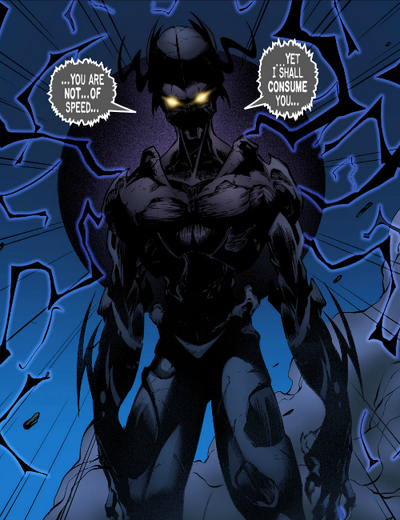 Black Flash is an entity from the speed force that preys on speedsters. When a speedster moves a certain speed, they attract his attention, who tries to devour them. He feeds, on the speed of speedsters until they die. If he can't find more speedsters, then he can create more with his speed storms, or drain the life force and speed from regular humans. He takes on both Superman and Bart while they are using the speed force, and nearly wins, forcing Bart to sacrifice himself to dispel the creature.

Speed: Massively FTL+ (Effortlessly blitzed Bart and a speed force using Clark after they had absorbed speed and moved far faster than they had ever before)