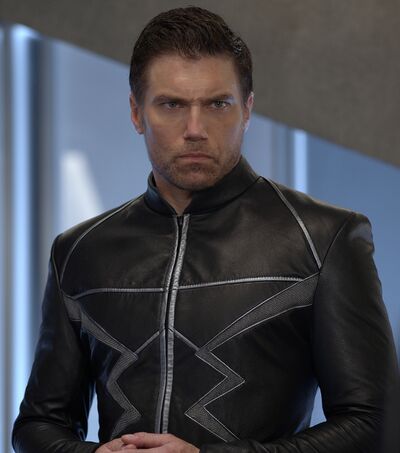 Black Bolt is the king of Attilan and the head of the royal family. He was uninterested in gaining the throne of Attilan as a boy. After undergoing terragenesis, he became one of the most powerful Inhumans to ever live. He gained the ability to create extremely powerful screams. This led to him accidentally killing his parents when he used his voice as a child. He married Medusa and was chosen to be the new ruler of Attilan eventually after this. He was overthrown by his treacherous brother Maximus, causing him to escape to the Earth. While on Earth, he was unaware of human practices causing him to be arrested by the police when he tried to take clothing without paying for it. He was able to later escape from prison with the help of a fellow Inhuman. He was eventually able to defeat his villainous brother.

Attack Potency: Wall level (Bent steel and was capable of overpowering trained police officers), Small Building level, likely City level with his voice (Obliterated his parents as a child. Inflicted heavy damage on a small building with a whisper. It was stated that his voice could destroy Attilan)

Speed: Subsonic (Scales to Karnak, who dodged a bullet)

Weaknesses: Is unable to speak without causing mass damage.

Retrieved from "https://vsbattles.fandom.com/wiki/Black_Bolt_(Marvel_Cinematic_Universe)?oldid=4860475"
Community content is available under CC-BY-SA unless otherwise noted.