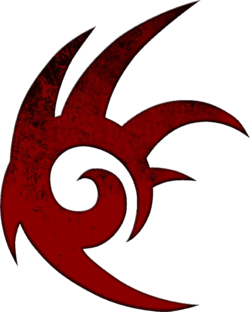 The Black Arms are antagonistic creatures that appear in the Sonic the Hedgehog series. They are a violent race of hive mind-like extraterrestrial beings led by Black Doom who traverse space in the Black Comet, seeking to consume the entire populations of planets.

Population: At least billions at its peak (Could conquer planets like Earth)

Attack Potency: Wall level (Common soldiers are comparable to G.U.N. Soldiers and Egg Pawns) to Planet level+ (The Black Bull and Shadow the Hedgehog can fight Sonic and the Diablon) | At least Planet level+ (Superior to Chaos-4 and easily caused this much damage) to at least Large Planet level (Could use the full power of this device by collecting all seven Chaos Emeralds) | Planet level+ (Can fight off Adventure Sonic and Shadow simultaneously) to Multi-Solar System level (Clashed with Super Shadow as Devil Doom)

Industrial Capacity: Able to quickly produce enough soldiers to end all life on the Earth 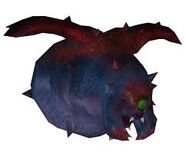 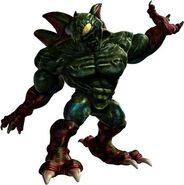 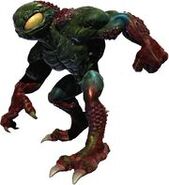 Black Warrior
Add a photo to this gallery