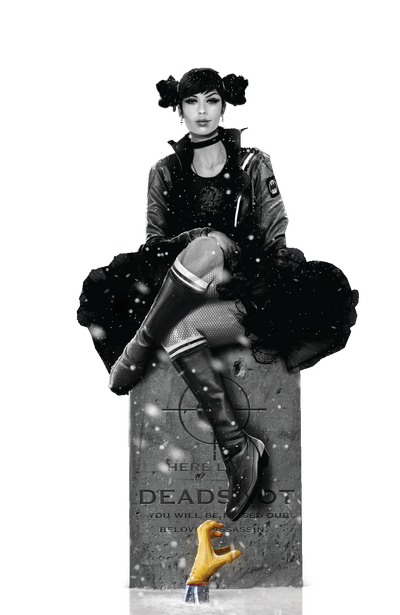 Black Alice is an anti-hero who can temporarily take the magical powers of any being, gaining all their skills and power to protect her hometown of Dayton OH, but leaves the individual powerless in turn.

Attack Potency: Varies depending on whose power she is using. Capable of stealing the powers of and depowering beings such as The Spectre and The Phantom Stranger. Defeated Eclipso with the Spectre's power. Stole the power of Thunderbolt, a djinn from the 5th dimension.

Stamina: Unknown (The more powerful magic she takes, the briefer time she can hold on to it)

Weaknesses: The more powerful magic she takes control of, be it from one or multiple sources, the briefer time she can hold on to it, and she doesn't know exactly how long powers will stay before they go away. Power sufficiently beyond her comprehension can render her catatonic. Her power used to be limited to those within her line of sight, but her powers have since grown and she no longer has this limitation