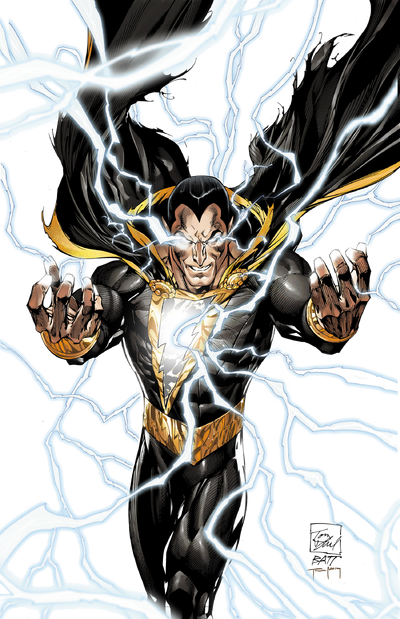 Black Adam is a fictional supervillain and occasional antihero appearing in American comic books published by DC Comics. Created by Otto Binder and C.C Beck, the character is the archenemy of the superhero Shazam, also once known as Captain Marvel. Black Adam first appeared as a one-time villain for the first issue of Fawcett Comics' The Marvel Family comic book (December 1945).

Speed: Massively FTL+ (Consistently shown as at least comparable to Superman and Shazam)

Lifting Strength: Stellar (On par with Superman and Captain Marvel)

Striking Strength: Solar System Class (His power is on par with Superman and Captain Marvel/Shazam)

Durability: Solar System level (Nearly the whole JSA and JLA rosters were needed to defeat him at his best)

Stamina: Godlike, has the stamina of the Egyptian God Shu

Weaknesses: His power depends on how much magic he has, is vulnerable to magic but it must be significant to hurt him, if someone makes him scream Shazam he will return to his normal human form