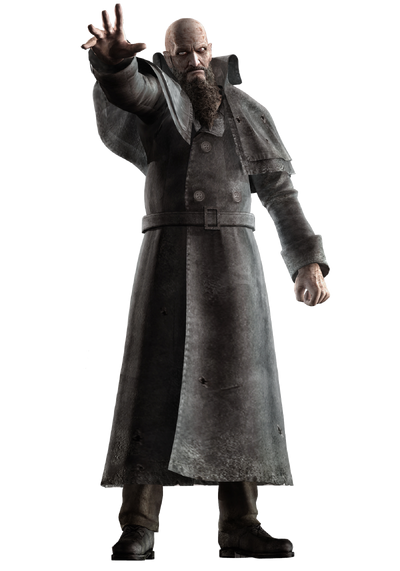 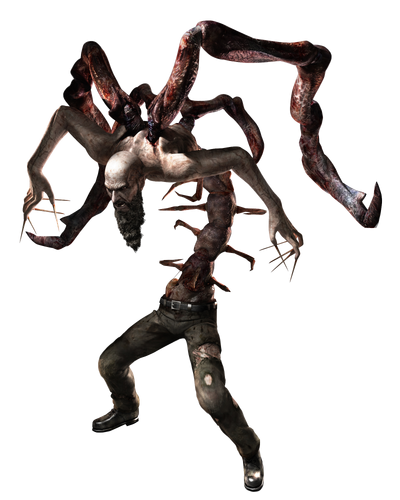 Father Bitores Mendez is one of the many antagonists of Resident Evil 4. He was a Catholic priest that fell into the influence of Osmund Saddler and later led the initial hunt for Leon S. Kennedy, Dr. Luis Sera and Ada Wong, which were potential threats to the cult.

Powers and Abilities: Superhuman Physical Characteristics, Transformation (Into his Monster Form) Can Extend parts of his body

Attack Potency: Small Building level (A Ganado stated that his parasite is much stronger than theirs and easily defeated Leon in their first encounter, overpowered him once they met again and became more fierce after transforming)

Speed: Superhuman with Supersonic Combat Speed and Reactions (Blocked a kick from Leon and managed to grab him in multiple occasions)

Lifting Strength: At least Class 10 (Can bend steel with his bare hands, stronger than Leon)

Durability: Small Building level (Tanked a gasoline drum exploding right next to him)

Range: Standard melee range, several meters with his appendages and by extending his insect-like torso in his Monster form.

Intelligence: Above Average (Led the Ganado's alongside the cult of Los Iluminados. Was given the Dominant species Plaga, which allowed him to become stronger while retaining his intelligence)

Retrieved from "https://vsbattles.fandom.com/wiki/Bitores_Mendez?oldid=4602869"
Community content is available under CC-BY-SA unless otherwise noted.