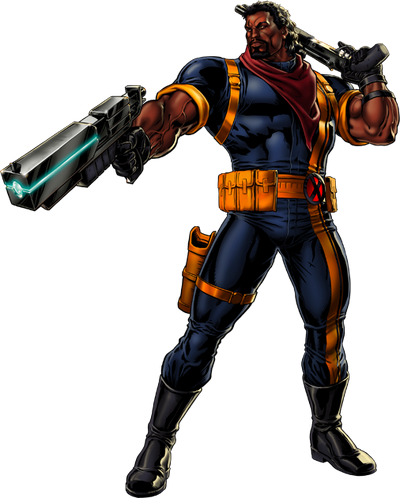 Lucas Bishop is a mutant from the 22nd century that traveled into the past, becoming a member of the X-Men, and later, the Uncanny X-Force. He has the power to channel kinetic energy, releasing it generally through beams of energy.

Tier: 8-C physically. Up to 4-B with energy blasts

Lifting Strength: Class 5 (Grabbed and pinned down a car. Comparable to Cable)

Durability: Building level physically. Solar System level against energy attacks (Absorbs an energy blast from Onslaught, though this had knocked him out in the process)

Retrieved from "https://vsbattles.fandom.com/wiki/Bishop_(Marvel_Comics)?oldid=6226000"
Community content is available under CC-BY-SA unless otherwise noted.