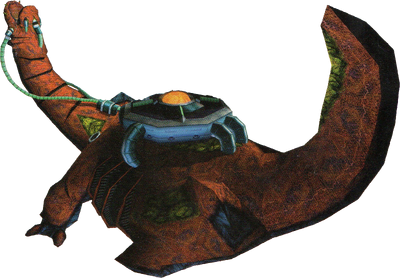 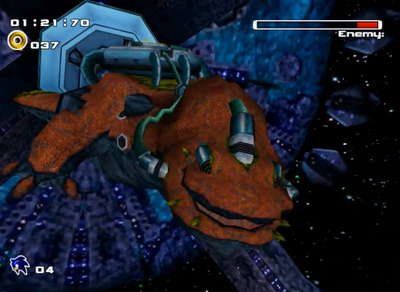 He was the first prototype of the ultimate life form created by Gerald Robotnik during Project Shadow, but was far too dangerous and flawed. After the final version of the ultimate life form, Shadow the Hedgehog, was created, the Biolizard was encapsulated by GUN, but was later used by Gerald Robotnik as a part of his plan to destroy the earth to avenge his dead granddaughter, Maria Robotnik.

Gender: Genderless, but referred to as male

Classification: Lizard-like beast, Prototype of the Ultimate Life Form (Aka the prototype of Shadow the Hedgehog)

Attack Potency: Planet level+ (Fought with Adventure Shadow) | Multi-Solar System level (Fused with the Complete Space Colony ARK, and was going to crash into Earth with enough force to shatter it to pieces. Faced off against Super Sonic and Super Shadow)

Stamina: Low (It takes him almost a minute to recover after some seconds of fighting) | Limitless

Intelligence: Above Average (Quickly learned how to use the chaos control and took over the Space Colony ARK)

Weaknesses: The core on his back (which is his life support system, if it is destroyed he will be weakened) | The boils on its body.