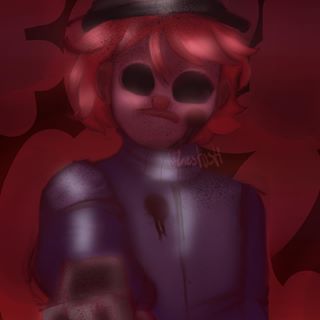 Billy is a tall and mentally ill serial killer wearing a blue boiler suit. He is the protagonist of the Puppet Combo game Feed me Billy, where he murders teenagers with a pistol to feed the hole in his closet. After the ending of Feed me Billy, he appears as one of the many enemies in Killer Clowns.

Lifting Strength: Athletic Human (Can lift Three bodies at once)

Weaknesses: Standard human weaknesses, Mentally ill, Despite having 999 ammo, his pistol can eventually run out of ammo