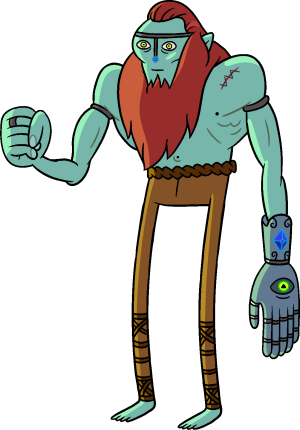 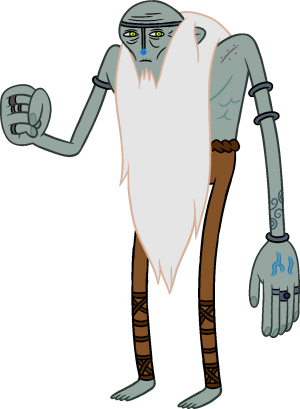 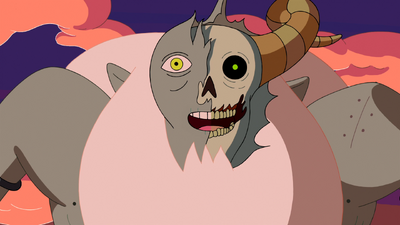 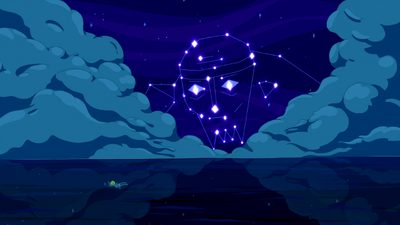 Billy was a major character in Adventure Time. He was once a great hero of Ooo. Compassionate and kind, Billy traveled the land protecting civilians and royalty alike from monsters and the forces of evil. Billy would eventually grow in fame, his exploits would become famous even decades after his prime, known for his kind deeds and violent acts such as "slaying an evil Ocean", "fighting a bear" and greatest of all, slaying The Lich.

However, at some point, Billy grew a nihilistic side. He grew to think that protecting citizens from monsters was a pointless act due to the never ending barrage of villainy. He referred to fighting evil as "pointless as a dog chasing his own tail". Regardless, Billy still tried to be a hero, by being an active member of his community and doing good deeds.

Around a year after Billy gave up on his old heroism, he met Finn and Jake, whose deeds of heroism re-sparked Billy's old passion. Afterwards, Billy and Finn became very good friends, Finn looked up to Billy, and to an extent, Billy looked up to Finn. This friendship proved to be brief however, as only a year or two afterwards, Billy was killed by The Lich and his body was used as a "vessel". While under this form, The Lich manipulated and tricked Finn and Jake into opening a gate to The Time Cube so that The Lich could wish to kill all life.

Attack Potency: At least Moon level, likely Large Planet level (Billy was capable of fighting, hurting and temporarily defeating The Lich, a being so powerful that not even the Citadel Guardians were able to stop him. Should be comparable to Hunson Abadeer and in the same league of strength as cosmic entities such as Orgalorg and Grob Gob Glob Grod)

Speed: At least Sub-Relativistic (Should be at least as fast as The Ice King and kept pace with The Lich), likely higher (Should be somewhat comparable to the Citadel Guardians, who could defeat an unnamed monster that cut a planet into pieces in seconds)

Lifting Strength: At least Class K (Should be stronger than Finn, who temporarily halted the flight of Martins spaceship)

Range: Extended Melee Range due to sheer size and with his sword "Nothung". Several Meters with The Gauntlet of Heroes

Standard Equipment: His sword Nothung and The Gauntlet of Heroes. Official art also depicts him wielding a Scythe, but whether or not he's proficient in it is unknown.

Intelligence: Billy is a very skillful warrior, whose exploits are still famous in the Land of Ooo during Finn's time. While Billy has never been shown in a serious battle during his prime, it has been implied that he is a master of several weapons such as Swords, Gauntlets and even Scythes.

Weaknesses: Older Billy is weaker than him in his prime, as well as rusty.

Feats: His "theme song" list some of his notable feats. 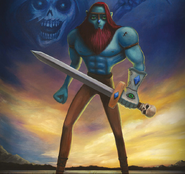 Official art of Billy used in The Enchiridion.

A stylized depiction of Billy on the title card to His Hero.
Add a photo to this gallery