VS Battles Wiki
Register
Don't have an account?
Sign In
in: Characters, Project A-ko, Anime Characters,
and 39 more 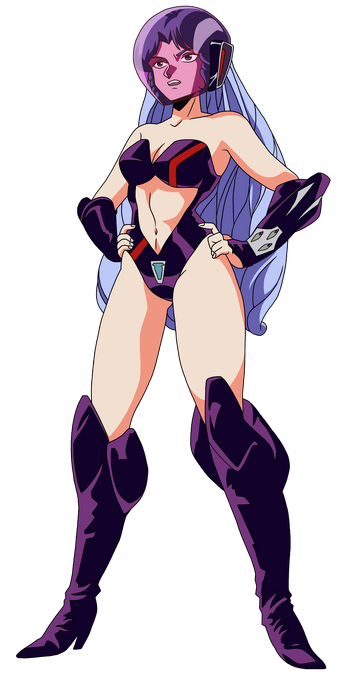 B-ko (B子) or Biko Daitokuji (大徳寺 美子 Daitokuji Biko) is well known at Graviton High as the daughter of a local industrial tycoon. A genius, she is seen living luxuriously, taking a limo to school and having several admiring henchmen in her class. Although seemingly very calm and poised in public, and always deferring to her teachers' authority, B-ko is haughty and goes to great lengths to get what she wants. Her desire to steal C-ko's affection away from A-ko develops into an obsession. She devotes all her resources to this goal, but defeating A-ko seems more important to her than actually winning C-ko's approval. As A-ko appears to be the child of Superman and Wonder Woman, it could be argued that B-ko is intended to be the daughter of Tony Stark; her father sports a moustache of the exact same style as Stark's.

Lifting Strength: Average Human | Class G via powerscaling (Comparable if not superior to Hikari Daitokuji, who braced a billions of tons spaceship for a moment)

Stamina: Average | Vastly superhuman (or until it is out of power from maximum prolonged usage)

Intelligence: Extraordinary Genius; Designs and builds various super mechas overnight (one of which can fire lasers several hundreds of thousands degrees hot), can fix and reverse engineer advanced alien tech no more than two hours (compared to modern Earth that couldn't after weeks--modern Earth has colonization at Jupiter)

Standard Tactics: B-ko uses a wide variety of her gadgets and CQC. She also utilizes prep time usually under a few hours in which she constructs various robots/mechas from scratch.

Note: In an alternate universe, B-ko is a bounty-hunter who hunts giant tortoises on a sand planet and in the Kadokawa Sneakers Bunko version, she is a lesbian.