VS Battles Wiki
Register
Don't have an account?
Sign In
in: Characters, Comic Book Characters, DC Comics,
and 18 more 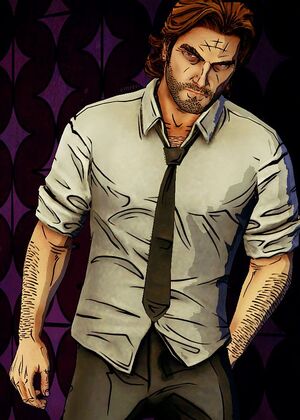 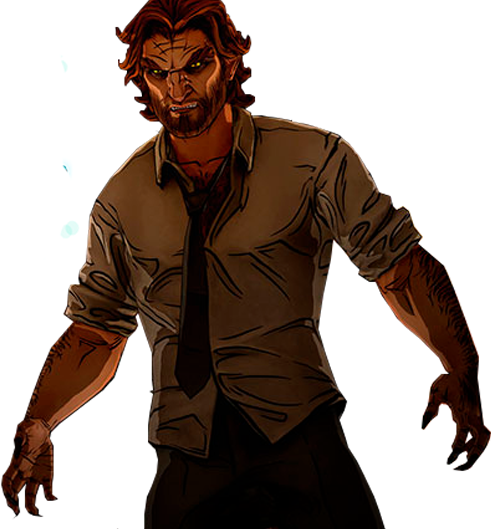 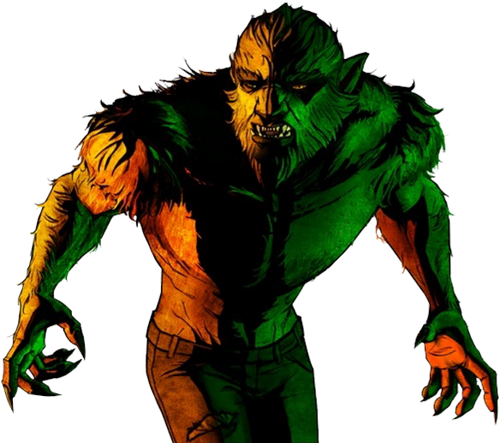 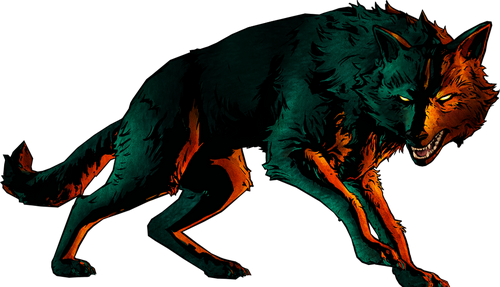 Bigby Wolf is the main protagonist of the critically acclaimed Vertigo series Fables and video game The Wolf Among Us. As his name implies, he is the actual Big Bad Wolf seen and read in the fairy tales. Bigby Wolf was originally born from a she-wolf named Winter and the deity known as the North Wind. After a brief Romance, North left Winter, who soon fell ill and gave birth to a litter of seven cubs. One of them was Bigby, who was ostracized by his brothers for being small and weak. His mother soon died, and his brothers left him, but Bigby who had nowhere else to go, stayed with his mother's dead corpse. He failed to protect his mother's poor body from scavengers due to his weak nature, and from then on he made a vow to make himself bigger and stronger. He hunted beasts of various sizes as he grew up, moving from one fearsome monster to another bigger monster. He learned his powers to summon the win while hunting the Three Little Pigs, and after an unsuccessful attempt to eat Red Riding Hood started his targeting of humans as prey.

As he reached his most fearsome reputation he soon hunted down his father to make him pay for what he had done. He failed, as he was no match for his godly father. So from then on, he made a second vow to forever walk and terrorize the world alone, burying whatever he had of his mother and father. This soon changed when the Adversary and his army started encroaching into his territory. But before he can take him on, a young girl by the name of Snow White magically turned him into a human against his will. With nowhere else to go again, he was forced to come with Snow White to take refuge in another Universe where magic did not exist called Earth. In his new home, Bigby slowly learned to be more human and leave his bestial nature. He now dedicated his new life to protect his fellow Fables as the sheriff of Fabletown.

Powers and Abilities: Superhuman Physical Characteristics, Enhanced Senses (In particular, his sense of smell and hearing. Were he not constantly dulling his senses through chain smoking, he would be able to smell and hear everything across all of New York), Regeneration (Low-Mid to Mid normally), Resurrection (Popular Fables are capable of eventually resurrecting even after being killed), Air Manipulation (Can "huff and puff " powerful winds from his mouth, can intimidate spirits of the air into following his commands), limited Self-Sustenance (Type 1. Can hold his breath for over three weeks straight, and is described as being "impossible" to drown), Shapeshifting (can change form at will, primarily between his human worm, wolf form, and werewolf form), Immortality (Type 1, 3 and 4. Popular Fables can eventually resurrect), Power Nullification (only in his broken form - he leaks raw wild magic into the world, which unravels spell structures, including those of Mister Dark), Resistance to Cold Temperatures (swam from Russia to Alaska and noted that the cold doesn't get to him), Resistance to Mind and Soul Manipulation (returned from the afterlife to the living world, an experience described as taxing on mind, body and soul. Was fighting Leigh Douglas's control over him)

Attack Potency: At least Town level in full wolf form (He can create earthquakes and fissures. Can blow over an entire stretch of forest. The battle between him and his six brothers somehow caused meteors to fall from the sky and shatter mountains, though it is unlikely this scales to direct AP).

Speed: At least Subsonic (He can run faster than the eye can see, and once ran from the left tip of Canada to New York in just one day)

Striking Strength: At least Town Class. Bigby's Strength level depends on his current form, with his strength increasing the more wolf-like his form becomes. His wolf form allows him to go toe-to-toe with dragons, sorcerers, and giants.

Durability: At least Town level. However, after gaining werewolf traits, regular weapons that are not magical or made of silver turned unable to kill him. His healing factor also makes him harder to destroy.

Range: Can project powerful winds that can travel throughout an acre of a forest or a city.

Intelligence: At least Above Average (He's an expert tracker and detective, and was also one of the military leaders during Fabletown's war against the Adversary.)

Weaknesses: He can be weakened and killed by silver or powerful magic.

Note: Despite being published by Vertigo comics, Fables is not canonically part of the wider DC universe.