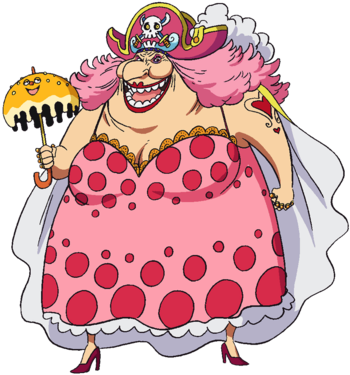 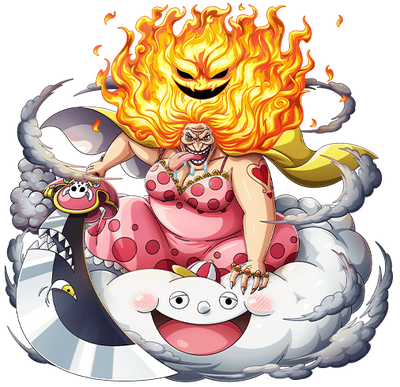 Charlotte Linlin, more widely known as ‘Big Mom’, is the Captain of the Big Mom Pirates and the only female member of the Yonko. A sixty-eight years old obese woman, who has both an enormous physique and an incredible capacity for destruction, Charlotte Linlin has been in the business of piracy since she was just a child, and became widely feared by all for her utter lack of restraint, never learning how to curb back her monstrous strength. But the one thing that people fear about her above anything else is her boundless appetite, which often propels her into hunger-crazed rampages. Among other things, she was introduced by eating some of her own men like snacks. Big Mom has eaten the Soru Soru no Mi, which allows her to take portions of souls out of a person (reducing their lifespan) and redistribute them into inanimate objects and even animals, granting them sentience and/or anthropomorphism.

She's the queen of the nation of Totto Land, which comprises Whole Cake Island (her base of operations) and its surrounding archipelago of 34 islands, and is the polygamous matriarch of the daunting Charlotte Family. She offers her protection to islands if they provide enough candy to feed her sweet tooth, but if they don’t meet her expectation, she will not hesitate to lay waste to them. It has been revealed that she and Kaido were crewmates once.

Due to her actions involving Sanji and his family, the Vinsmokes, she was the main antagonist of the Whole Cake Island Arc and one of the central antagonists of the Yonko Saga.

She holds the record for being the youngest person in the series to receive a bounty, gaining a 50,000,000 berry bounty at just six years old. Her last known bounty after that (as an older child) was shown to be 500,000,000 berries, already considered more dangerous than most of the members of the Worst Generation while still just a child. Her current bounty is 4,388,000,000.

Like many others, Big Mom has a distinct style of laughing: “Mamamama”.

Powers and Abilities: Superhuman Physical Characteristics, Weapon Mastery, Proficient Haki user (Busoshoku, Kenbunshoku and Haoshoku Haki), Acidic Saliva, Acrobatics, Enhanced Senses (Her sense of smell also seems to be extremely acute, as she was able to catch the wedding cake's scent despite the ship carrying it being several miles away), Soul Manipulation (Capable of inserting souls into objects to turn them to homies, and can rip out the souls of those who display even the slightest fear of death), Life Manipulation (Can rip out the life of other people and put it in objects to give life to them), Non-Physical Interaction, Air Manipulation (via Ikoku), Weather Manipulation and Flight (via Prometheus and Zeus), Berserk Mode with her Cravings, Sound Manipulation (Incapacitate those around her with her dreadful screams of anger), Fire Manipulation and Explosion Manipulation (via Napoleon and Prometheus), Electricity Manipulation (via Zeus), Limited Size Manipulation (Can increase or decrease the size of Napoleon's blade), Large Size (Type 0), Durability Negation and Death Manipulation (Through her life-force stealing abilities), Fusionism (With her homies), Immaterial Intangibility and Elemental Intangibility (For Zeus and Prometheus), Absorption (Zeus shows absorbs electricity when Nami gives this for him. Prometheus shows absorbs fire when he was summoned by Carmel), Resistance to Soul Manipulation (Her Homies which are made of her very soul are able to resist Brook's powers which could extract souls from the Chess pieces).

Attack Potency: Country level (As an Emperor she should be comparable to Kaido and was stated to be one of the few people who can stop Blackbeard. While in a weakened state, Big Mom casually broke through Jinbe's haki-imbued guard with one of her sword swings, sending him flying with very little effort. While in the Wano Country, Big Mom was able to clash evenly with her old crewmate Kaido. She also casually defeated Queen, one of the calamites of Kaido, with two attacks while in her crazed hunger state), though she ignores durability with her ability to steal the life-span of others

Speed: Relativistic+ (Intercepted a blow from Gear 4th Luffy quite casually, and should be comparable to Whitebeard and comparable to Charlotte Katakuri)

Durability: Country level (Capone Bege stated that Big Mom simply "does not get hurt" no matter what, despite being in numerous fights. She tanked an attack from Jinbe with no implication of being harmed and blocked a Kong Gun from Monkey D. Luffy with not even a scratch to show for it), but her durability is reduced when experiencing a severe amount of mental trauma, such as when she scraped her knee after going insane from someone simply touching a framed picture of Mother Caramel

Range: At least tens of kilometers (Her sword-swings have sliced across Whole-Cake Island and her homies can create massive storms almost instantly)

Intelligence: High. Leads an entire land of species who all live in harmony and effectively organized a plan to kill the entirety of the Vinsmoke family

Weaknesses: Standard Devil Fruit users weaknesses. If someone has her Vivre Card, a strong aura prevents Homies ("humanized" inanimate objects and non-sentient beings) from attacking that person, unless she's very close to that said person. She can give into her cravings which lead her into a crazed bloodlust for what she wants to eat, which makes her unable to distinguish from friend or foe; due to being a picky eater in this state, she can get even weaker if she hasn't eaten for a while (around 8 hours or so) until she gets a hold of the food she wants at the moment. Big Mom cannot steal the life of people who do not feel fear of death. Her body loses its toughness when she is in a psychological crisis. Zeus is so gluttonous towards thunderclouds that he would betray her for the person who fed him. Due to Prometheus being an animated, concentrated flame, he's weak against water, unless he gets big enough to not be affected by it; but if he does get really big, his movements become sluggish. For a short while, Big Mom cannot control her Homies when the memories of the people who possessed the souls previously come rushing in

Soru Soru no Mi (Soul Soul Fruit): A Paremecia type Devil Fruit, this Devil Fruit allows her to interact with souls of sapient beings by taking a part or the entirety of their lifespans and then transferring them to other objects or non-sapient beings which "humanize" them. However, she is neither able to transfer the souls to corpses nor some other sapient individual. 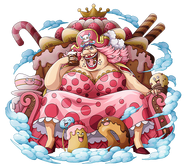 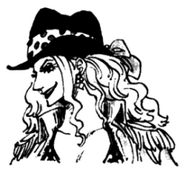 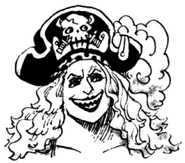 Big Mom at age 48
Add a photo to this gallery

Jūbi (Naruto (The Universe)) Shinju's Profile (Larval Jūbi, speed equalized, they started at 9 meters from each other)

Kenshiro (Fist of the North Star) Kenshiro's Profile (Kenshiro with Seals Lifted was used, and speed was equalized)