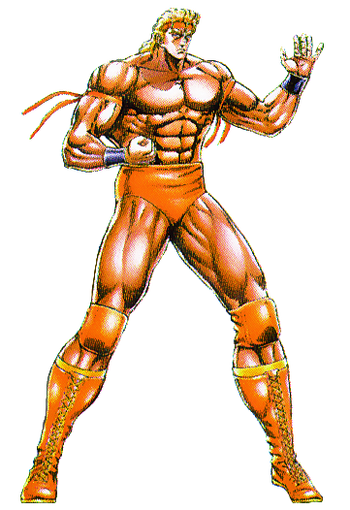 Biff is the son of a Russian senior bureaucrat and has received special education in wrestling since he was a child. He practices an assortment of martial arts (i.e. sambo and karate) and has won many championships. Biff dislikes showmanship and prefers executing his attacks with concentrated power and playing out every move in his head. He used to be a student at Mike Haggar's gym, alongside his friend/rival Gunloc.

Powers and Abilities: Superhuman Physical Characteristics and Expert in Wrestling

Speed: At least Supersonic+ (Comparable to Gunloc and Mike Haggar)

Retrieved from "https://vsbattles.fandom.com/wiki/Biff_Slamkovich?oldid=6304800"
Community content is available under CC-BY-SA unless otherwise noted.