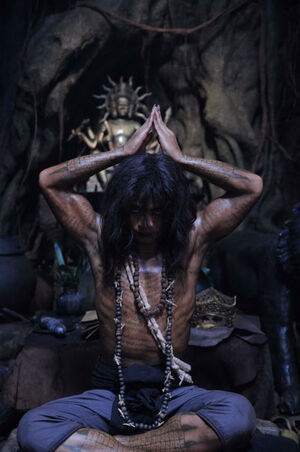 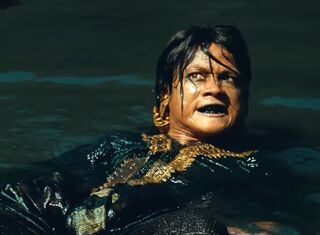 Bhuti Sangkha is one of the primary antagonists in Ong-Bak 3.

Attack Potency  At least Wall level physically (He was able to easily cut off a human head with his hands, Hurled men through a wall, and an entire building was destroyed by his attacks), Planet level with black magic (Summoned an eclipse. With his black magic he can move the Moon to obscure the Sun. It causes a eclipse) | Wall level (Matched and is comparable to Tien, who easily broke a spear and shield)

Durability: At least Wall level (A longsword can't damage him and able to withstand lightning without taking any serious damage) | Wall level (Comparable to Tien)

Range: Standard melee range. Up to planetary with black magic

Weaknesses: The light of God can move back the Moon

Retrieved from "https://vsbattles.fandom.com/wiki/Bhuti_Sangkha?oldid=4748670"
Community content is available under CC-BY-SA unless otherwise noted.