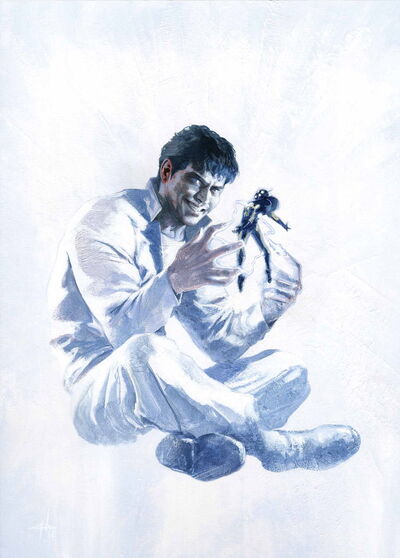 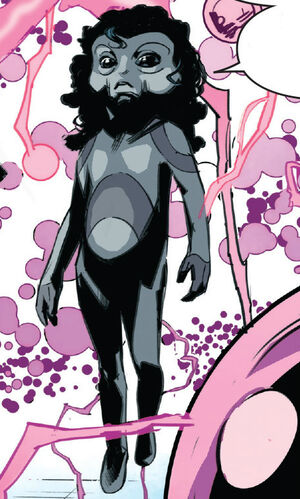 Originally, the Marvel Comics' character known as The Beyonder, as portrayed during Jim Shooter's Secret Wars duology, was a nearly all-powerful entity. He hailed from and was one with the Beyond-Realm, a featureless dimension outside the entirety of the Multiverse, and upon descending into the physical reality he was shown to be immensely superior in might to all its Cosmic and Abstract forces. Effectively, nothing was impossible to his will, and with the sole exception of the Molecule Man, none could challenge him. This would eventually change with later stories, as writers would rewrite and retcon the Beyonder's character and origin, to decrease his power and importance in the Cosmic Hierarchy.

During Fantastic Four #319, the Beyonder was retconned into being an incomplete Cosmic Cube, with the Molecule Man as his other half. The result of an energy source created by the unknowable Beyonders, he came into being during the accident that gave Owen Reece his powers, with a portion of the energy being absorbed by the scientist, and another spilling into an empty universe - The Beyond-Realm. He was never all-powerful, merely under the delusion that he was, and he never defeated any Abstract nor Celestial, only manifestations or illusions.

Eventually, both he and the Molecule Man would fuse and return to their original form as a Cosmic Cube. Later, said cube would gain sentience, and assume the feminine form of Kosmos. Alongside an entity known as Kubik, the two would begin an exploration of the universe, learning of its components and pondering on the meaning of everything.

Much later, during New Avengers Illuminati v2 #3, the Beyonder's history was rewritten once again, and quite drastically. He was revealed by Charles Xavier to be in-fact a Mutant-Inhuman Hybrid, born with the X-Gene and later exposed to the Terrigen Mists. The combination of the two evolutionary processes produced a drastic, unprecedented result, birthing an entity immeasurably more powerful than any member of either race. After a brief rundown with the Illuminati, this Beyonder disappeared and was never seen again.

Finally, the Beyonder was rewritten a third time, with Jonathan Hickman's New Avengers series. Following the appearance of The Beyonders, he was revealed to in fact be their "Child-Unit". A being of immense power, undeniably, though insignificant in both power and wisdom to the Ivory Kings.

Range: Multiversal+ (Can travel across the multiverse with ease, and reach into other universes)

Intelligence: High. Holds a high degree of cosmic awareness and understanding of the universe around him, though incredibly egocentric and delusional. As Kosmos, she lacks her previous incarnation's God-Complex, though has to learn everything through experience.