VS Battles Wiki
Register
Don't have an account?
Sign In
Advertisement
in: Characters, Male Characters, Fate,
and 21 more 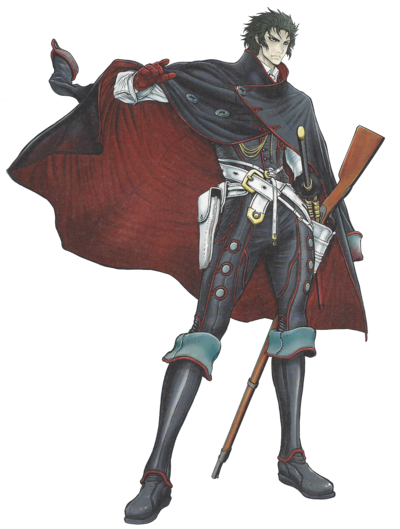 His True Name is Hijikata Toshizou, the Vice-Commander of the Shinsengumi, a security organization that was active during the days of the Bakumatsu period in Japan. Hijikata was a feared demon captain to his fellow squad mates due to his constant upholding of absolute discipline, a fact Okita herself knows during her active days fighting alongside Hijikata and their other members. He was also known for being a man who fought against Japan’s changing era, even going so far as to throw away his haori and adopting the use of a gun if it means keeping for his truth.

Name: Berserker, Hijikata Toshizou, Vice Commander of the Shinsengumi, "Demon of the Battlefield", “Berserker of the Bakumatsu Period”

Age: 34 at the time of death of his real-life counterpart

Attack Potency: Island level (Throughout the Meiji Ishin event, he fought against the likes of Edison, Tesla, MHX, MHX Alter, Cú Chulainn, Medea, EMIYA, Nobunaga and Okita. Later helped contribute the battle and defeat of the Golden Demon Taiko Hideyoshi, who was a Demon God Pillar), higher with Shinsengumi (As an C+ rank Noble Phantasm, it's equal to A rank attacks like Berserker's blows, and can momentarily double in strength)

Speed: Massively Hypersonic (Kept up with several Servants at this speed)

Standard Equipment: His sword and rifle

Intelligence: Hijikata was the Vice-Commander of the Shinsengumi security organization, his position, actions and orders having been seen with such ferocity that many of his fellow comrades, all master-level swordsman, looked up to him in both awe and fear. As a fighter, he was known for his demon-like fighting style while wielding his blade, and later, his rifle together alongside his team-mates but was also a pragmatic fighter who employed any means necessary to win. Even as he is summoned as a Berserker, Hijikata still retains rational thought and thus can properly communicate with others as well as his infamous demonic fighting style and tactical mind he had in life.

Weaknesses: Cannot fight in Spirit Form. Shinsengumi is a double edge Noble Phantasm as all the damage Hijikata receives will burst all at once, potentially killing him once the effect is over. Breaching all of the Laws will render Hijikata immobile and unable to act.

Shinsengumi: Undying Sincerity: The Noble Phantasm of Hijikata Toshizou, representing the pride and madness he possessed in life that brought both awe and fear in his many of his comrades in the Shinsengumi. When invoked, it stops any and all degradation done to his physical body and ability from attacks inflicted on him, possibly allowing him to continue on fighting and using every measure of his ability to destroy the enemy. However, this Noble Phantasm serves as a double-edge sword as once the effect is over, all of the damage he has accumulated since its activation will erupt in a massive burst, likely to incapacitate or outright kill him due to the amount of pain and damage coursing out of him all at once. When invoked, it has the effect of transforming the surroundings into a battlefield where bullets roar and flash across it. While it would give off the impression of being an Anti-Army Noble Phantasm due to this effect, all of this is nothing more than the manifestation of Hijikata’s madness of the Shinsengumi still existing and living.

Mad Enhancement: The source of the Berserker class's power, raising their statistics in exchange for a loss of sanity. Hijikata’s D+ rank allows him to raise his STR and END parameters, and due to its low grade, also allows him to properly make conversations with others. However, what is the source of his Mad Enhancement comes from his self-confidence of the Shinsengumi never dying and present even if the group he fought with have long passed away in life. The kind of self-confidence which has left him insane in this regard.

Demon on the Battlefield: A skill that rouses Hijikata’s own allies through his valor and physical prowess, strengthening himself as well as those he’s leading beyond their normal capacity despite his demon-like fighting style simultaneously bringing fear to even his allies.

Disengage: The skill to withdraw from the middle of a fight. At C rank, it has the possible bonus effect to return everything to what they were at the start or before the fight began. For Hijikata, the thought of losing every time he retreated in battle in life caused him to rise and fight again, thus granting him this skill.

Law of the Shinsengumi: A skill that places a compulsory binding on oneself. In Hijikata’s case, he is bound by laws the Shinsengumi must never break and is prohibited from ever acting upon them. The following laws he is bound from breaking are as followed below:

Should he ever break one or more of these laws, he will suffer a self-inflicted penalty but will in turn gain an improvement to his parameters. However, breaking all of the laws will instead immobilize him.

Military Tactics: The ability to utilize one's tactical knowledge to effectively command armies. Though D rank, Hijikata’s role as the once vice commander of the Shinsengumi grants him this skill, giving him plus modifiers whenever he's facing or utilizing Anti-Army Noble Phantasms.