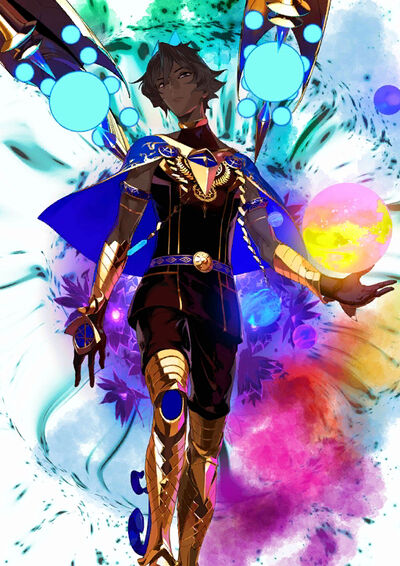 Attack Potency: Mountain level+ (Has A-Rank Strength, making him comparable to Heracles). Varies with Mad Enhancement (His Mad Enhancement is unstable, so the boost he receives from it changes over time). At least Solar System level (Is shown in animation to at least be destroying a Solar System), likely Universe level+ with Mahapralaya (While more limited than the full power version of his Noble Phantasm, it seems to be more limited by the area of effect rather than the raw attack power) | At least High Universe level, likely Universe level+, possibly Low Multiversal (Destroyed and created hundreds of thousands of universes over the years of his reign). Higher with Mahapralaya

Retrieved from "https://vsbattles.fandom.com/wiki/Berserker_(Arjuna_Alter)?oldid=4807511"
Community content is available under CC-BY-SA unless otherwise noted.