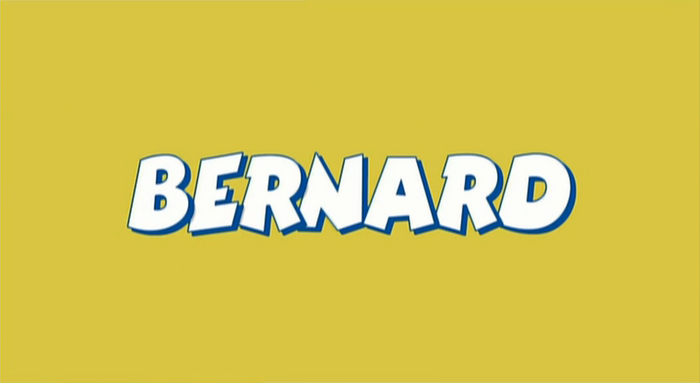 Bernard, known in South Korea as Backkom (빼꼼, ppaekkom) is an 3-minute Spanish-South Korean-French CGI-animated television comedy series centered on the fictional polar bear and main character of the same name. The show centers on a curious polar bear named Bernard, whose bumbling slapstick antics typically result in the bear being knocked unconscious or being severely injured by the end of an episode. Bernard almost doesn't speak, but he does communicate through guttural sounds.

The relative power of the verse is still unknown. Throughout the series, Bernard is always confronted with various troubles due to his bad luck. He survived a very large number of situations where an ordinary person would die, and even in those episodes where Bernard was "almost dead", he successfully recovered.