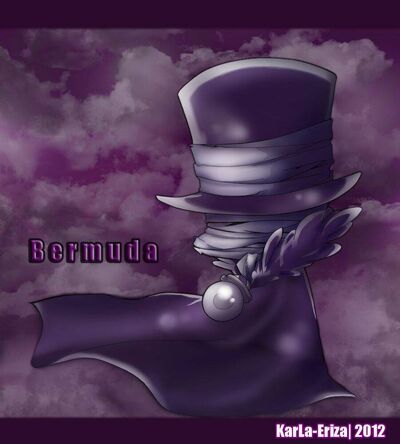 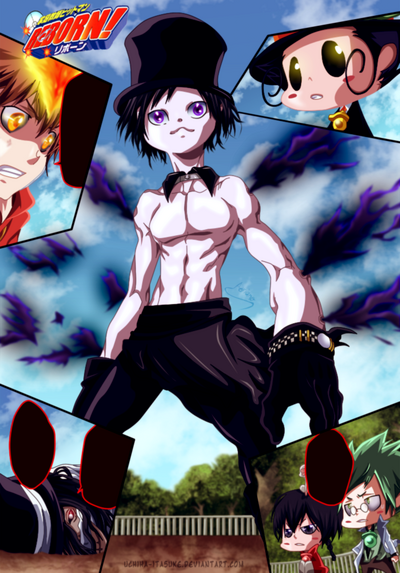 Powers and Abilities: Superhuman Physical Characteristics, Expert on hand-to-hand combat, Flame of Night user, Teleportation, Portal Creation, Can send enemy to other locations via Warp Holes, Can enhance speed by travel through warp holes multiple times, Power Bestowal (Arcobalenos can seal their skills in a bullet and passing it by firing the bullet. He can also give his Flame of Night to Vindices and make them use its abilities), Extrasensory Perception (Can sense Dying Will Flame, killing intent, and heartbeat of others) Resistance to Gravity Manipulation, Perception Manipulation and likely Power Nullification

Attack Potency: Likely Town level (Should be comparable to other Arcobaleno like Mammon) | At least Country level, likely higher (Was stated to be the strongest Arcobaleno, defeated Oath Flame Tsuna with just two punches)

Stamina: High (Fought Tsuna without tiring until the very end)

Intelligence: Very high (Knew about the history of Vongola and Simon, plotted to kill Checker Face for years and nearly succeeded, expert battler, created the Flame of Night) 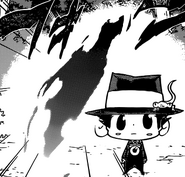 Bermuda use Warp hole to drag Reborn in.

Acceleration Warp Hole
Add a photo to this gallery