VS Battles Wiki
Register
Don't have an account?
Sign In
Advertisement
in: The Gamer, Characters, Male Characters,
and 13 more 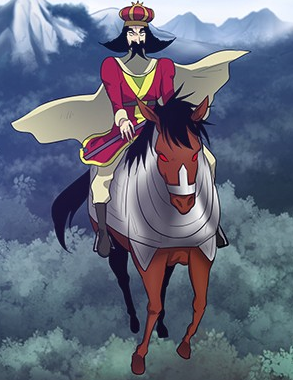 Powers and Abilities: Superhuman Physical Characteristics, Metal Manipulation, Metal based Elemental Intangibility, Regeneration (Low-High. He can regenerate from a metal tie clip), Metal and metal golem creation, Transmutation, Flight, Soul Manipulation (Directly told his enemies to "just sacrifice your body and soul to me!" and implied tp have taken it once he killed them, demon contracts can involve selling people's souls), Immortality (Type 1, 3, and possibly 8 (Stated to have a true form, may have immortality reliant on followers similar to the Arc Company)), Pocket Reality Manipulation and creation, likely Time Stop and dilatation within pocket dimensions (Kwon was capable of stopping time and time dilatation is a common thing within the abyss, Berith prides himself in his knowledge, and likely knows this as well), Genius Intelligence

Attack Potency: Small City level (Should only be half as strong as his 10%) | City level (Could make golems to match The President's own) | Likely Mountain level (Ten times more powerful than before. Gods can create over 99 layered dungeons, with each layer being comparable to a city)

Intelligence: Genius, lived and fought for thousands of years, and is known as the creator of lies.

Weaknesses: Cannot use more than 5% powers in the real world, and can only use 10% within pocket dimensions. Can only be summoned with sacrifices, and needs to kill the enemy to obtain their soul.