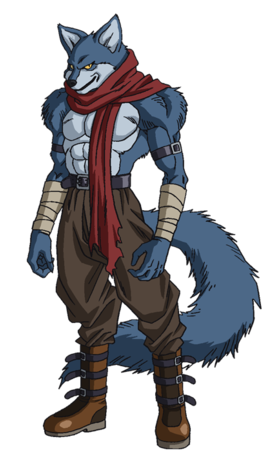 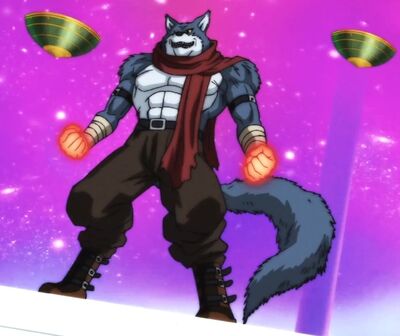 Bergamo is a member of the Trio of Danger, a gang of fighters from Universe 9. He is the eldest and strongest brother and is codenamed "Bergamo the Crusher".

Powers and Abilities: Superhuman Physical Characteristics, Social Influencing (He is good speaker capable of winning the hearts and minds of others, addressing all the deities present to share his point of view and successfully convince both Zeno and Future Zeno to abrogate their rule of universal destruction if had to win) Acrobatics, Martial Arts, Flight, Ki Manipulation (Can be used defensively and offensively, to strengthen his skin or to fire ki blasts, which can home in on targets, and form defensive barriers), Attack Absorption, Size Increasing and Statistics Amplification, Can possibly create dimensional rifts and destroy space-time and pocket dimensions with his energy via powerscaling, Resistance to Extrasensory Perception (Undetectable energy)

Intelligence: Bergamo is a skilled fighter who was shown to be able to manipulate the Gods of Destruction into seeing Goku as an "enemy" of the multiverse.

Weaknesses: When absorbing power, he becomes large in size and can easily be taken advantage of because of it. He has a limit on how much energy he can absorb.