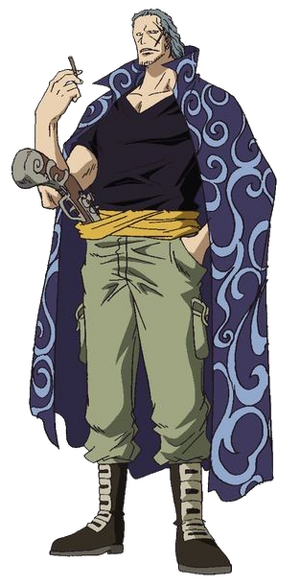 Benn Beckman is the first mate of the Red Hair Pirates, which is led by Shanks.

Powers and Abilities: Superhuman Physical Characteristics, An ace with his musket (Both using it as a club in melee and shooting with it), Master Busoshoku Haki user (Сan surround his body with an invisible armor to augment his defensive and offensive capabilities, can harm and affect characters with elemental intangibility)

Attack Potency: Unknown, At least Mountain level+, possibly Large Mountain level (Seen as a threat by Kizaru and should be one of the strongest members of Shanks' crew)

Standard Equipment: His musket and pistol

Intelligence: Very adept and battle-hardened fighter, also stated to possess the highest IQ of all characters introduced in the East Blue saga