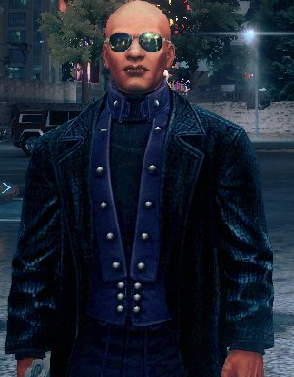 Classification: Human, Author, Former Leader of the Vice Kings, Chief of Staff for the White House

Lifting Strength: Above Average Human | Superhuman (Comparable to The Boss), Class K with Telekinesis (Can move tanks, airplanes, and helicopters)

Intelligence: High (Created a vast criminal empire out of nothing more than a small gang of misfit, Intelligent to the point that he was the Boss first pick as Chief of Staff in the White House)

Weaknesses: Cannot utilize his superpowers outside the Simulation | Power-Suppression fields can disable his powers for a few seconds

Super Powers: By altering his code within The Simulation, Ben is capable of bending the simulation to his will and acquiring powerful superhuman abilities that allow him to easily traverse the simulation.

Retrieved from "https://vsbattles.fandom.com/wiki/Benjamin_King?oldid=4107811"
Community content is available under CC-BY-SA unless otherwise noted.