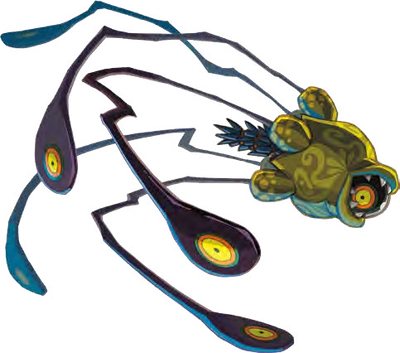 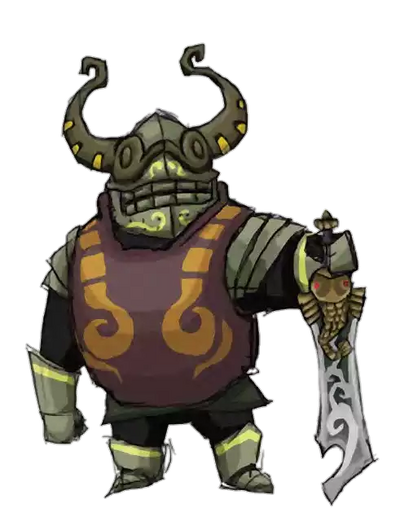 Bellum (ベラムー Beramū?) is the primary antagonist of The Legend of Zelda: Phantom Hourglass. Bellum is an evil being that drains other beings of their life energy and has plagued the World of the Ocean King for an unknown period of time. Bellum's motives are never touched upon; his singular agenda seems to be the continued draining of life force, and the perpetuity of destruction and strife. He is also one of the few villains to never utter a single line of dialogue.

Interestingly, Bellum was known as "Grande Octo" during early development, as he was originally planned to be a large Octorok.

Attack Potency: Multi-Continent level (Drained the Life Force of the Ocean King and Tetra, should be stronger than the combined power of the Twinrova Sisters and comparable to Base Ganon)

Durability: Multi-Continent level (Requires a weapon like the Phantom Sword to fell it)

Intelligence: Devious and cunning, Bellum created the Ghost Ship in order to harvest more victims with the lore of a false treasure. Also effectively stripped the Ocean King of most of his powers on top of sealing away the Spirits of Power, Wisdom, and Courage/Time.