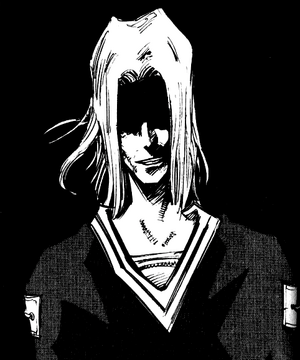 Master Bellisk - A former farmer, who went on a bloody road (way of the sword). After defeating another swordsman, he picked up his title and became the head of the royal guards of Minos. He alone is stronger than all the rest of the guards (40 armored experienced warriors). Despite his venerable age (his face is covered with wrinkles, and his hair is white), he is able to fight on equal terms with Mikael Graccio, moreover, he could kill Mikael, but didn't do it, because "you still have all ahead."

In a battle fought in any melee weapon, he uses the sword only if he sees a worthy opponent. He does not shun dirty tricks (such as attacks from the back), if his sword is blocked, Bellisk goes hand to hand (his hands are very strong, they can strangle a man just by grabbing by the neck and squeezing).

Retrieved from "https://vsbattles.fandom.com/wiki/Bellisk?oldid=4616735"
Community content is available under CC-BY-SA unless otherwise noted.