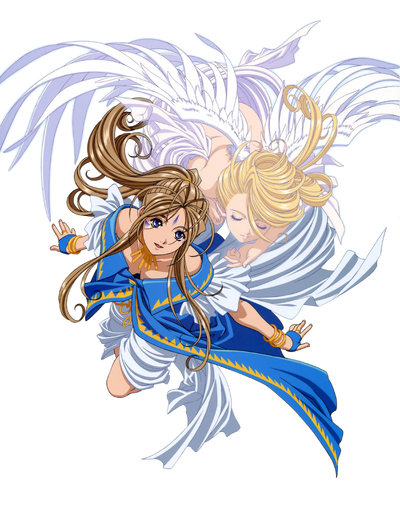 Belldandy (ベルダンディー, Berudandi) is a Goddess and the main female protagonist of the Ah! My Goddess series. She first appeared to Keiichi to grant him his heart's greatest wish, resulting in him voicing his desire to have her remain by his side.

Attack Potency: At least Star level (Moved stars by prayer), possibly Galaxy level (Implied to have moved the entire galaxy), or higher (Her true power is never unleashed) | High Complex Multiverse level in her true, At least 10-dimensional self.

Speed: Supersonic movement speed with Hypersonic flight speed and FTL reaction/attack speed (Dragged a meteorite from the other side of the solar system to Earth within seconds) | Immeasurable

Durability: Unknown | High Complex Multiverse level in her true, at least 10-dimensional self.

Weaknesses: Due to her personality she will almost never use her powers for destructive purposes.