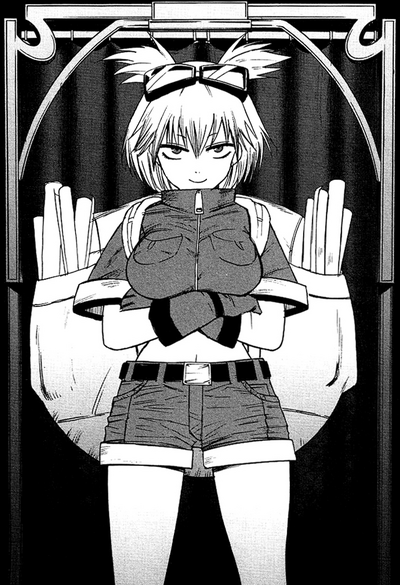 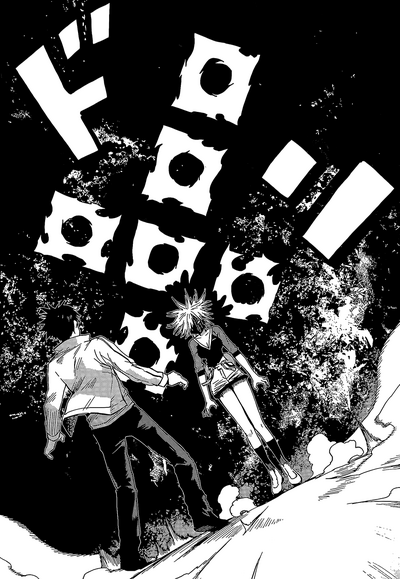 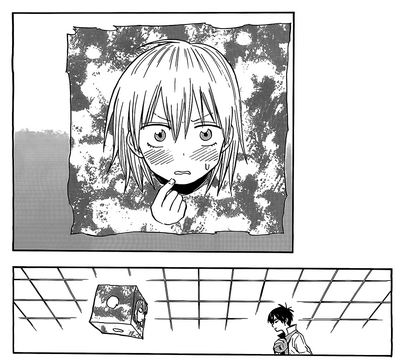 Bell is a treasure hunter searching both the demon and human worlds for rare and valuable objects.

Tier: Unknown, 9-C or possibly 9-B with guns

Powers and Abilities: Superhuman Speed (Bell is fast enough to keep up with Staz and Wolf), Maryoku Manipulation (Maryoku functions similarly to Chi, exists in place of a Soul and fuels a demon's Magic), Creation (Can manifest her Maryoku in a physical form), Portal Creation (Can use any rectangular frame as a portal), Limited Telekinesis (Her Frames seem to float and stand up when being used), Pocket Reality Manipulation (Created her "Grid Room" and bed room), Limited Dimensional Storage (Frequently pulles her frames out of thin air), Attack Redirection with her portals, BFR (Can banish opponents to a far away place or her Grid Room), Dimensional Travel (Can travel between worlds with her "Black Curtian"), Intangibility while inside her Maryoku Frames, Can use her portals like cameras to view things from a distance

Range: Tens of kilometers with portals (Sent Staz to the other end of a city once), possibly Multiversal with dimensional portals (Can travel to her father's dimension)

Standard Equipment: Her Frames and a couple pistols

Intelligence: Bell is skilled at avoiding an opponent's attacks, using portals to redirect attacks and BFR them.

Weaknesses: Is possibly physically weaker then most demons since she uses guns and portals in combat.

Illuso (Jojo's Bizarre Adventure) Illuso's Profile (Bell had intel on Man in The Mirror and speed was equalized.)