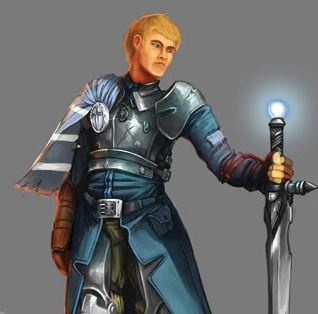 Belgarion, originally Garion, was the penultimate Child of Light and the chief champion of the Prophecy of Light; he was also the King of Riva and Overlord of the West, grandson of Belgarath the Sorcerer, and one of the most powerful sorcerers in the universe by the end of the Malloreon.

Name: Belgarion, Garion, The Child of Light, Overlord of the West, King of Riva

Age: Late teens in the first series, mid-twenties in the second series

Powers and Abilities: Fire Manipulation, Earth Manipulation, Forcefield Creation, Flight, Telekinesis, Telepathy, Teleportation, Weather Manipulation, Shapeshifting, Electricity Manipulation, Death Manipulation, Astral Projection (Can move his consciousness dozens of kilometers and affect physical objects with it, a feat stated by most magic-users in the series to be impossible), Transmutation, Size Manipulation, Immortality (Type 1) | Same as before, but to a much greater degree | Possibly Reality Warping

Attack Potency: Street level physically, Multi-City Block level with magic (Created a massive lightning storm with bolts of lightning as thick as tree trunks) | At least Continent level (Was used to crack the original protocontinent in two, and when Garion though of that event the Orb began to give him detailed instructions on how to fix the world), possibly Multi-Solar System level (Garion thinks the Orb would probably be able to spell his name in stars across the entire night sky, and the Orb needs to be told that thought is not a request) or higher (Said to be able to destroy the universe, the King of Hell thinks he can use the Orb and its opposite to dethrone UL) | Possibly Universe level+ (Each Prophecy is half of the universe's purpose/destiny and transcends space-time even as just a possibility, it has been said that if they fought directly they would destroy multiple suns and rend the universe apart)

Standard Equipment: Sword and armor | Irongrip's sword and the Orb of Aldur | None notable

Intelligence: Above Average. He is able to easily grasp some concepts of magic that are very difficult for others. Learned a complex sign language in a matter of weeks and how to read and write in a matter of days. Excellent fighter and skilled sailor and tactician.

Key: Base | With the Orb | As Child of Light