VS Battles Wiki
Register
Don't have an account?
Sign In
Advertisement
in: Characters, Shin Megami Tensei, Game Characters,
and 52 more 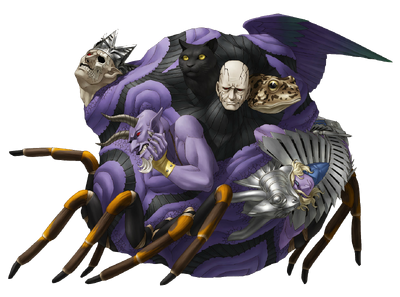 Age: Inapplicable. Demons exist beyond the concept of Time, and have always existed since the beginning of creation in spite of having been created by Human belief and Observation

Attack Potency: Universe level+ (A significantly powerful demon with a high-ranking position in Lucifer's armies, and thus should be far above Jezebel)

Intelligence: Incredibly High. Knowledgeable on astronomy, as well as astrology, magical gems and plants. Exists beyond time itself.