VS Battles Wiki
Register
Don't have an account?
Sign In
Advertisement
in: Tier 7, Tier 7-C, Unknown Tier,
and 59 more 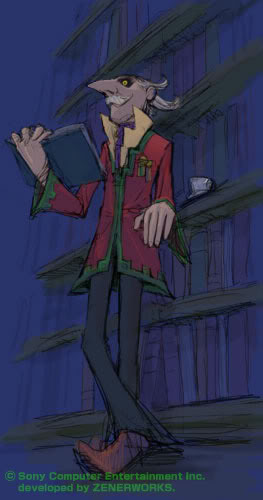 Beiloune is the main antagonist of Okage: Shadow King and the creator of the world in which the game takes place.

Using his power of "Classification" to separate parts of the world from the main universe, he gave his daughter a place to spend her eternal life without boredom. However, due to unknown reasons, his daughter Marlene disappears from the world he created without a trace, leaving him devastated.

To fill a void in his heart, Beiloune created a life-size doll replica of his daughter and gave it life. But occasionally the doll would disappoint him, not living up to expectations. After his plans are stopped by Ari and his friends, Beiloune becomes enraged, attempting to erase them from his world, however, after a fierce battle he is defeated and leaves to search for his missing daughter.

Age: Over 300 years old (Has played roles in the stories he created, of which have lasted over 300 years)

Invisibility and Intangibility (Overshadowed exist in a different reality outside of the world, they cannot be seen, heard, or interacted with and their actions go completely unnoticed, and they are described as ineffectual, Beiloune can exit and enter this state freely)

Speed: At least Subsonic (Far faster than that of Big Bull Evil King who moves as a blur), possibly higher with "Classification"

Durability: At least Town level (Far superior to the spotted cat team kids who could tank attacks from Evil King Stan who at this point is superior to Evil King Chairman), possibly higher with "Classification"

Range: Standard melee range, Stellar/Interdimensional with "Classification" (Separated a small portion of the universe from the rest which included a planet, moon and sun into it's own dimension)

Intelligence: Above Average (Able to create many stories that last hundreds of years and plans out all the events and fates of everyone in his world), higher with "Classification" (Can classify himself with the knowledge and skill of different areas such as science, smithing, swordsmanship and even knowledge on other beings like ghosts. Classified a man as a know it all which allowed him to know what was happening in the world without leaving his spot)

Weaknesses: If the World Library is destroyed, all of his "Classification" effects will end.

Note: Beiloune should be capable of classifying himself with the powers and abilities of things that reside in his world that he classified, as he has already shown the ability to classify himself with powers.