VS Battles Wiki
Register
Don't have an account?
Sign In
Advertisement
in: Tier 1, Tier 1-A, Characters,
and 33 more 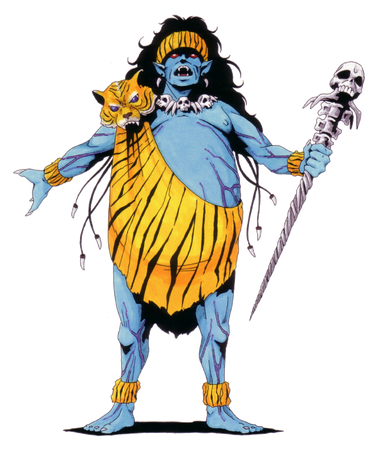 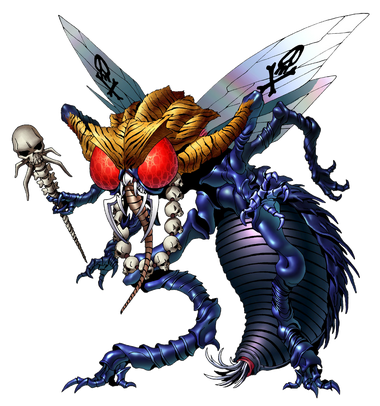 "Origin: Babylonia. The lord of Hell that presides over gluttony. He is king of the fallen Seraphs and is said to be Lucifer's second-in-command. His original name is Baal Zevuv in Hebrew ('Lord of the Heavenly Dwelling'). When he was passed into Christianity, his name became Baal Zebub ('Lord of the Flies')."
— Shin Megami Tensei A-Mode DDS dictionary

Beelzebub is the prince of hell and the governor of the seraphim who fell from Heaven, presiding over the sin of gluttony and reigning over them as king and commander, with the legions of darkness themselves bending to his orders as Lucifer's second-in-command, while his armies flies constantly drag damned souls down to the abyss. Due to his close ties to the upper echelons of Hell, in the Shin Megami Tensei series, Beelzebub is often fought near the end of the campaign as an extremely powerful enemy, usually as a ploy to test the main character's worth.

Name: Beelzebub, Lord of the Flies, The One Who Reigns Over Gluttony.

Gender: Male. Although can assume female forms as well.

Age: Inapplicable. Exists beyond the concept of time in his natural state.

Classification: Demon, General of the Legions of Chaos, Aspect of Lucifer, Demonization of Baal

Attack Potency: Outerverse level (Stated to be "chief among those who fell from heaven" and to be Lucifer's right-hand man who rules over the legions of darkness alongside him, and thus should be comparable to Metatron, who occupies the same position within the forces of light, as the two armies are locked in an eternal stalemate and constantly warring throughout time and existence, both unable to truly gain the upper hand over the other)

Durability: Outerverse level (Can endure numerous attacks from opponents such as the Neutral Hero, Aleph and Hiroko, and the Demi-Fiend, usually being defeated after long battles in spite of being notably weaker than his opponents)

Intelligence: At least Extraordinary Genius, likely Nigh-Omniscient. Rules over all of the fallen Seraphim inhabiting Hell as a king, leading their armies in battles that span all of time, space and existence alongside Lucifer himself, and should be above much lesser Demon Lords such as Loki, who are said to boast "an intellect beyond anything a human could hope to have."