The Bedlam Spirits are a group of spirits Princess Leia Organa encountered while fleeing Imperial Troops during the Galactic Civil War. Despite their ability to freely manipulate time and mass, their childish natures prevent them from doing anything of major consequence.

Attack Potency: Universe level+ (Tilotny was said to have invented time, twice. They have complete control over mass and matter and are able to make "shapes" at whim.)

Speed: Likely Immeasurable (Able to completely control concepts such as time and mass)

Intelligence: Though they have great knowledge over the nature of manipulating time & space, they are highly naive (they thought that they created the universe when they took physical form)

Weaknesses: The Bedlam Spirits are often ignorant of their own power and are very childish, mainly fooling around with their powers instead of focusing on any particular tasks. 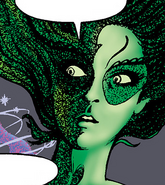 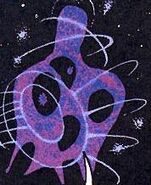 Splendidap
Add a photo to this gallery