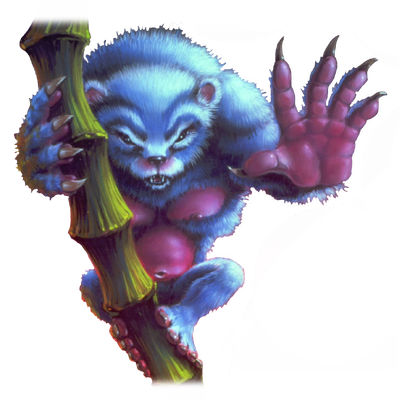 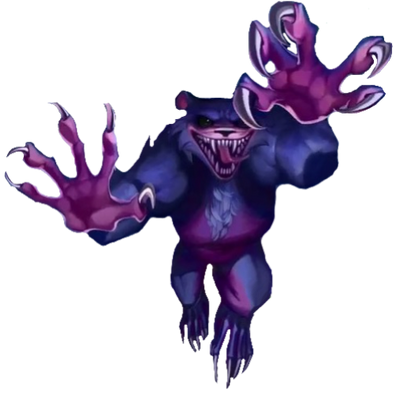 Beasts are a weird species of big blue furry creatures in a bizarre land that play a game called "The Beast from the East". They originated from the ongoing book series Goosebumps. He also made a minor appearance in "Attack of the beastly babysitter". Also appeared in the computer game.

Attack Potency: Small Building level (Can allegedly kill Ginger and her younger brothers, one of whom survived a boulder exploding in his face. Can eat humans whole as seen in Attack of the beastly babysitter) | Street level (Can kill a child with no effort)

Speed: At least Athletic Human (Ate a child before it reacted) | Superhuman (Can easily outpace and kill the main character who can travel across a mall within seconds and escape a swarm of teleporting gnomes)

Weaknesses: Low intelligence | Can be put in a intimidated state if it deems something to have higher power then it