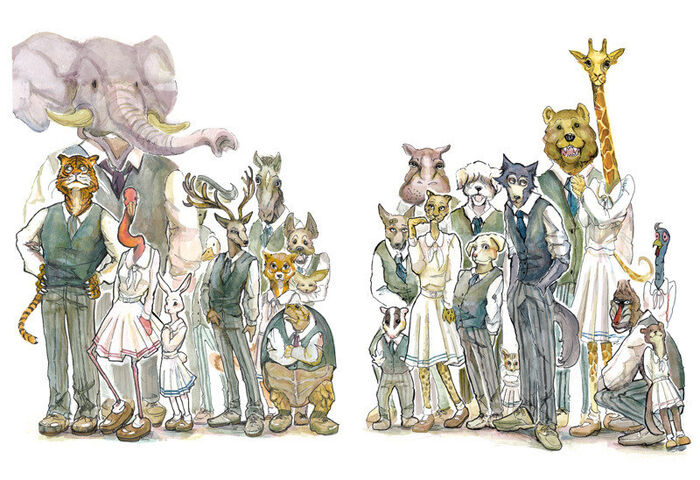 Beastars is a Japanese manga series written and illustrated by Paru Itagaki. The series has won multiple awards, including being the first Akita Shoten title to take home the Manga Taishō Award. An anime television series adaptation by Orange premiered on October 8, 2019 on Fuji TV's +Ultra programming block. The series is also planned for an early 2020 release on Netflix outside of Japan.

The story takes place in a world of modern, civilized, anthropomorphic animals with a cultural divide between the carnivores and herbivores. The series takes its name from the in-universe rank of Beastar, an individual of great talent, service, and notoriety.

Legoshi, a large gray wolf, is a timid and quiet student of Cherryton Academy where he lives in a dorm with several other carnivorous students including his outgoing Labrador friend, Jack. As a member of the school's drama club, Legoshi works as a stagehand and supports the actors of the club headed by the star pupil Louis, a red deer.

Out of nowhere, Tem the alpaca is brutally murdered and devoured in the night, setting a wave of unease and distrust between the herbivore and carnivore students. At the same time, Legoshi has a fateful encounter with Haru, a small dwarf rabbit, and begins developing complex feelings for her.

Beaststars is a decently strong verse with characters like Legoshi have Wall level attack potency physically at the beggining of the series, reaching Small Building level as the series continues. There are at least Subsonic+ travel speed with Supersonic+ reactions feats in the series. 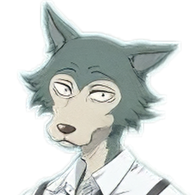 Legoshi
Add a photo to this gallery