VS Battles Wiki
Register
Don't have an account?
Sign In
in: Marvel Comics, Comic Book Characters, Characters,
and 38 more 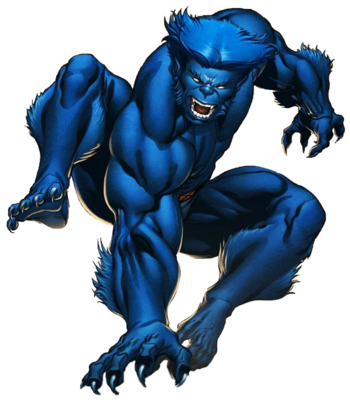 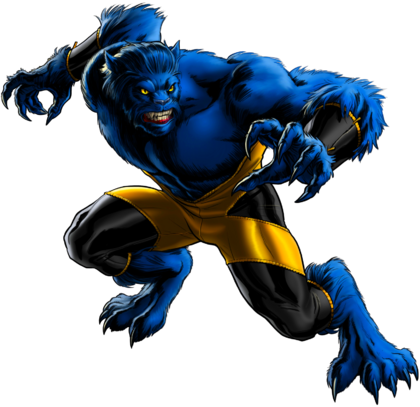 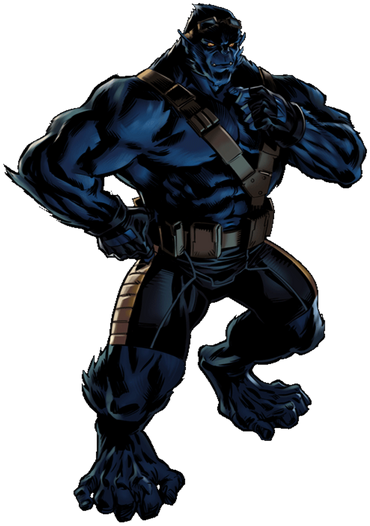 One of the founding X-Men, Dr. Hank McCoy is a mutant possessing animal-like strength and agility. Despite being covered in blue fur and resembling a ferocious beast he possesses an astounding intellect and superb wit. Beast is currently helping the Jean Grey School run, while also serving as an Avenger.

Attack Potency: At least Building level (Comparable to Bishop. Physically stronger than Wolverine. Superior to Captain America). At least Solar System level with the Phoenix Gun (Took out a Doctor Doom-possessed Ego the Living Planet and Wolverine by a single shot)

Intelligence: Extraordinary Genius. A world-renowned biochemist, Henry McCoy's greatest asset is his keen scientific mind. He possesses a genius-level IQ, with extraordinary expertise in genetics, biochemistry, electronics and other subjects. He has an eidetic memory and it shows in his ability to recall complex mathematical or chemical formula with little to no research. He can also remember and quote historical text, literature, or even comic strip quotes from memory. Beast is also an accomplished keyboard musician.

Weaknesses: Feral Instincts have been known to take-over and his enhanced senses can be taken advantage of. The Phoenix Gun kills the user along with the target.

Feats: Click here for a Beast respect thread by u/8fenristhewolf8