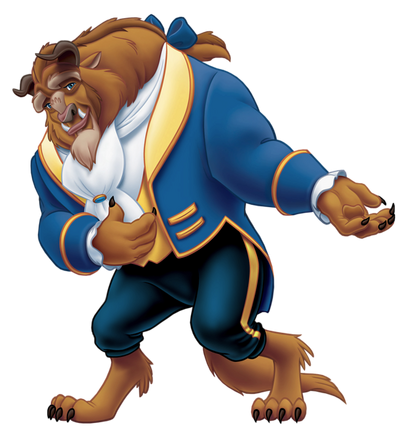 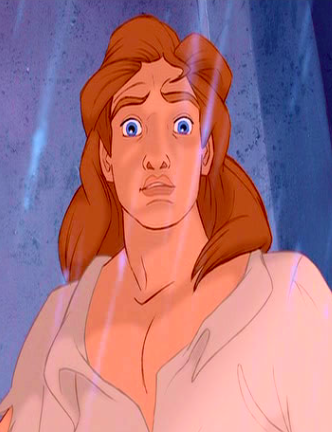 The Beast is the deuteragonist of Disney's legendary film Beauty and the Beast. A young prince, selfish and spoiled by the luxuries of his royalty, rejects an old beggar in need out of disgust towards her ugly appearance. As it turns out the deprived woman was actually an enchantress of extraordinary power. To punish the price for his arrogance, she curses him. Giving him a deformed, animalistic appearance. The enchantress then tasks him with the mission of finding one who'll love him despite his dreaded looks. If he is unable to find such a woman by his 21st birthday, he is to stay this way forever.

Name: Adam (however, this is technically not his "actual name"), Beast, Prince

Attack Potency: Wall level (Managed to defeat a whole pack of European wolves. Once he got serious, he was easily able to overpower Gaston)

Speed: Superhuman (Outran wolves, so his peak should be around 35 miles per hour)

Lifting Strength: Superhuman (Gaston was unable to budge his grip)

Striking Strength: Wall Class (Knocked down the hunter with a single strike, nearly defeating him there)

Durability: Wall level (Survived being thrown through a large window with steel bearings and falling tens of meters to the ground. Caught a swing from Gaston which was powerful enough to make stone statues crumble)

Stamina: Quite high (Was able to fight off an entire pack of wolves, was able to swiftly overpower Gaston once he got serious despite having just been shot with an arrow, being thrown through a window, and being kicked off a balcony)

Weaknesses: Can get depressed easily and is too kind and forgiving at times. Unwilling to engage fully in combat at first and then sparing someone if he wins.