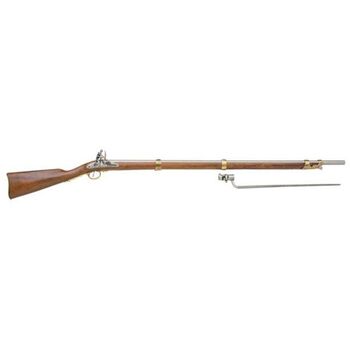 The Bayonet was made in the 17th century in Bayonne, France. It was highly popular in Britain, and The Bayonet became a popular tool in combat. After WW1, the weapon started to Wane due to the popularity of rapid-fire weapons. To this day, the Bayonet is still used in combat in the Marines.

Age: First used in the 17th century. Remains used to this day.

Speed: Varies. It depends upon the wielder.

Retrieved from "https://vsbattles.fandom.com/wiki/Bayonet?oldid=5296603"
Community content is available under CC-BY-SA unless otherwise noted.