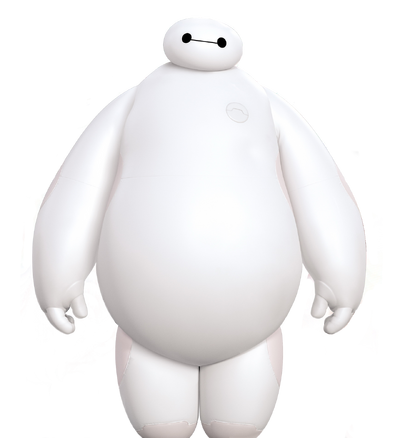 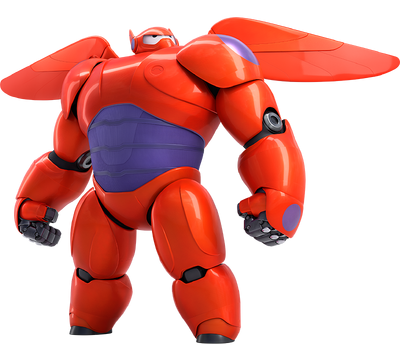 Baymax is the deuteragonist of Disney's 2014 animated feature film, Big Hero 6. He is a healthcare robot and member of the superhero team known as Big Hero 6. Baymax was created by the brilliant Tadashi Hamada as a healthcare providing robot nurse for the citizens of San Fransyoko and his brother, Hiro Hamada. Tadashi's goal in creating Baymax was to help improve healthcare around the world, basically wanting nothing more than to use his creation and genius for the betterment of humanity. To provide him with his programming, and overall personality, Baymax was given a special chip with Tadashi's inscriptions, which makes him the lovable robot he truly is. Without it, he can be conceived as an entirely different being. As programming would have, Baymax is instantly summoned by the sound of distress, and can only deactivate once his current patient states "I am satisfied with my care."

Speed: Normal Human | Superhuman with Supersonic+ reactions (Can dodge around the microbots which can tag Go Go Tomago) and flight speed (Made a sonic boom)

Durability: Wall level (Survived falling from a warehouse) | Small Building level (Able to take numerous hits from microbots. His armor broke when a floating building collided into him)

Stamina: High (Can last a long time, but must recharged and inflated after too many activities)

Intelligence: Extraordinary Genius (Has over 10000 medical procedures and knowledgeable in data and is able to download vast amounts of knowledge from the internet in seconds)

Weaknesses: Slow and plush in his base form. Unable to harm another human being with just Tadashi's chip, and loses control with just Hiro's chip.