VS Battles Wiki
Register
Don't have an account?
Sign In
Advertisement
in: Characters, Male Characters, Insects,
and 18 more 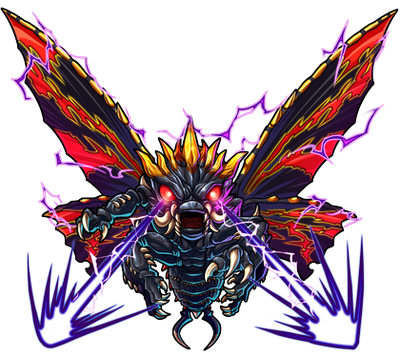 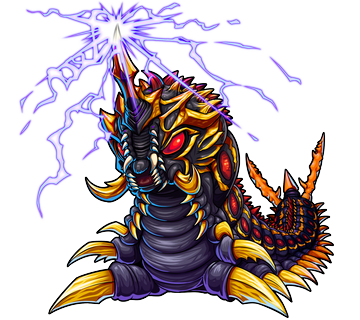 Battra A dark counterpart of Mothra, Battra was created by the Earth itself 12,000 years ago after an ancient civilization created a climate-controlling device. Battra served his purpose and destroyed the device, but came to see all of humanity as a blight on the planet and sought to exterminate the human race.

Superhuman Physical Characteristics, Large Size (Type 2), Enhanced Senses, Self-Sustenance (Types 1 and 2; Can survive in the vacuum of space, pressure of the bottom of the ocean and without food for long periods of time), Immortality (Type 1), Homing Attack, Energy Projection, Manipulation, and Absorption, Aura, Gravity Manipulation (Via the Null Gravity Barrier), Non-Physical Interaction (Battra can interact with non-corporeal beings like Ghost, also he is able to interact with the Life Force), Transformation, Reactive Evolution, Natural Weaponry and Elemental Manipulation (Battra can control the Element of Darkness)

Same abilities as before plus Statistics Amplification (Physical power, Ranged attack, Speed and Durability amplification), Rage Power (The angrier Battra is, the stronger his attack becomes) and Flight

Attack Potency: At least Universe level (Consistently portrayed as comparable to monsters who can destroy and/or create the universe) | Universe level+ (Is as strong as Burning Godzilla.)

Range: Tens of meters by sheer size, at least Stellar to Interplanetary with ranged attacks